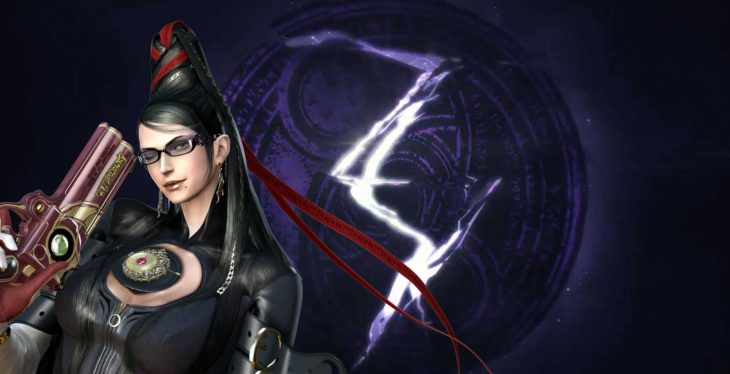 Another Year Of Great Releases For The Hybrid Console

The year 2019 is officially here and with it we’ll enter the third year of Nintendo’s latest piece of home console hardware, the Switch. In the first two years of the hybrid console’s life span the industry has seen a slew of quality Nintendo products enter the ring. From Zelda to Super Mario to awe-inspiring JRPG’s such as Octopath Traveler and classics reborn like Pokemon Let’s Go, the Switch has delivered in both of its first two years on the market.

There’s plenty to be excited about in the coming 12 months plus if you’re a Switch owner. From older gems being ported over to the hybrid handheld to brand-new releases in long-running favorite franchises, year three is shaping up to be a surprising year of quality Switch titles.

Let’s take a look at some of the best games set to release on the Switch in 2019 and beyond.

Starting of the list is a much desired port of a classic platformer gone modern. New Super Mario Bros. revitalized the iconic gameplay from the original goomba stomping adventure and brought with it tons of new gameplay features while continuing to stick to the core mechanics. The classic gameplay is a perfect match for the Switch’s unique controller design and having the option to take this slick 2D platformer on the go is, like most games on the console, a delightful bonus.

New Super Mario Bros. U Deluxe is set to release on the Switch this week, on January 11, 2019.

The return of Onimusha is back. Though, it may not be a new game, this remaster of the original PS2 title hopes to be a vital resurgence in the series striking a comeback for the long-lost series. This updated samurai classic is not only headed to the Switch, among other systems, but coming equipped with updated analog controls, new slick visuals and a brand-new soundtrack.

Re-discover the Sengoku classic from nearly two decades ago with Onimusha: Warlords remastered for the Switch, PS4, Xbox One and PC releasing on January 15, 2019.

Travis Touchdown returns to extend the beloved No More Heroes series onto the Switch console. Adopting a brand-new perspective, Travis Strikes Again still retains the chaotic hack and slash action from the previous games while introducing plenty of new features to keep things interesting. Dive head first into a series of video games to claim the ultimate victory over Bad Man.

Travis Strikes Again: No More Heroes is set to release next week on January 18, 2019 for the Switch.

This fright-filled Luigi adventure casts the green clothed sidekick in a haunting series all of his own. The third installment has been merely teased by Nintendo, but it’s enough to get fans of the series excited for the impending release on the Switch console. While we’ve yet to hear much about Luigi’s Mansion 3, the year of 2019 is open for all sorts of reveals on the Nintendo front.

With no release officially announced, expect to hear some enticing news about Luigi’s Mansion 3 which is bringing the series back to home consoles on the Switch.

Marvel has seen some spotlight in video games recently with the incredible release of Insomniac Games’ Marvel’s Spider-Man. While the PS4 exclusive hit the nail on the head in terms of creating a quality web-slinging adventure game, Marvel isn’t finished throwing their universe into other gaming worlds. The Marvel Ultimate Alliance series is a classic action-RPG that was largely forgotten since the most recent release came out almost a full decade ago. Still, it was a nice surprise to see the third installment gearing up for release. Even more surprising was to see it as a Switch exclusive.

Marvel Ultimate Alliance 3: The Black Order is set to release on the Switch slated sometime for 2019.

This acclaimed Nintendo franchise returns to home consoles after over a decade long drought of being solely available on the DS line of handheld consoles. While the initial announcement of the next Fire Emblem title excited fans of the series, we had to wait well over a year to see any sort of gameplay footage, and even an official title for the game. Three Houses looks to bring back the tactical RPG action the series is best known for, possibly providing one of the most breath-taking experiences the Switch console has to offer.

Fire Emblem: Three Houses has no official release date, but is slated to release sometime in 2019 for the Switch.

Suit up in your mechs in this stylish action game from Armored Core producer, Kenichiro Tsukuda. Daemon X Machina has been tightly under wraps until its official unveiling at last year’s E3 event which introduced us to a riveting gameplay trailer. The intense mech action is something that’s been missing from the Switch’s vast library of games, so eyeing this bad boy is nearing top priority fr fans of the genre.

Daemon X Machina has no release date planned as of yet, but is said to be slated for a 2019 launch on the Switch.

Perhaps one of the more surprising multiplatform releases coming to the unique hybrid console, Netherrealm Studios is courageously bringing over their brutal fighting franchise to the typically family oriented Nintendo platform. The impending release of Mortal Kombat 11 on the Switch is a telltale sign that the big ‘N’ is branching away from relatively kid-friendly library of titles, and hopes to corral in more mature audiences, as well. Taking this brutal bone crushing fighter gives challengers the opportunity to take the fight on the go and perform life-ending fatalities in the palms of your hands.

Role-playing games flourish on the Switch console, already providing players with plenty of both exclusive and multiplatform experiences, like Xenoblade Chronicles 2 and Octopath Traveler, unique indies like Golf Story and reborn classics such as Skyrim. Dragon Quest XI is the next big JRPG to hit the console, but not the first DQ title to land on a Nintendo piece of hardware. Released back in 2017 in Japan on the PS4 and DS, 2018 for the PS4 in the west, 2019 looks to be the year the enduring adventure hits the beloved Switch hybrid.

With no official release date, Dragon Quest XI S does indeed have a date set for 2019. Whether or not that’s solely in Japan, or includes the rest of the JRPG world has yet to be confirmed.

The folks at Platinum Games have been quietly stirring up the third entry in the acclaimed furious action series of Bayonetta. The sequel to the original Bayonetta marked the series move as a Nintendo exclusive debuting on the Wii-U. The Switch has since received the ports of both of the first two releases, in turn getting fans ready for the biggest entry in the series yet. Bayonetta 3 will continue the swift, rampaging, over-the-top hack and slash combat that the series is best known for, while no doubt implementing new features into the mix.

While the game has yet to receive any official release date, a 2019 appearance isn’t entirely out of the question. Of course, we shouldn’t be too surprised if we have to wait a bit longer, either.

Easily one of the most anticipated upcoming Nintendo titles, the long-awaited Metroid Prime 4 looks to revive the series that hasn’t seen a new release in over a decade. All we’ve seen on this upcoming future system seller is a brief logo followed by a black screen during its reveal at E3 2017. We know it’s in the works, and it’s safe to say Nintendo knows we want it now, but there’s still no telling how much longer we’ll have to wait.

Metroid Prime 4 has no official release, gameplay footage or official trailer, but we’re still ecstatic to get our hands on this title for the Switch.

This beloved franchise has given players the unique ability to inhabit a community filled with cute and quirky animals. The most recent entry in the series came way back in 2012 on the 3DS, and since then, fans have been pleading for a new title in the mainline series. There’s very little known about what the next Animal Crossing title will include and improve upon, but the die hard fans are just happy to known a Switch title is in the works.

Animal Crossing is scheduled to release sometime in 2019 for the Switch, inherently adding to the hype of the Switch line up for the coming year.

The release of Pokemon: Let’s Go in November brought a mostly traditional Pokemon game over to home consoles for the first time in franchise history. However, the game lacked the amount of depth and various gameplay elements that the core RPG series has established over the source of two decades. While still a solid pocket monster experience, the real thrill is set to come in 2019 as The Pokemon Company is gearing up for a new release in the core series sometime within the next 12 months. Marking the first time the mainline series will appear on a home console — and that very console giving players the unique hybrid option — is something countless fans have been waiting for. It’s exciting to think about the possibilities that the new title will present once making the move to more technically advanced hardware.

There’s no official release date for the next Pokemon RPG, but The Pokemon Company has confirmed its release in 2019.

The first two years of the Switch have been nothing short of stellar, and the upcoming year three and beyond looks to keep the Nintendo hybrid well stocked with incredible experiences that can be enjoyed both at home on the big screen, or in the comfort of your own bed as a handheld console.