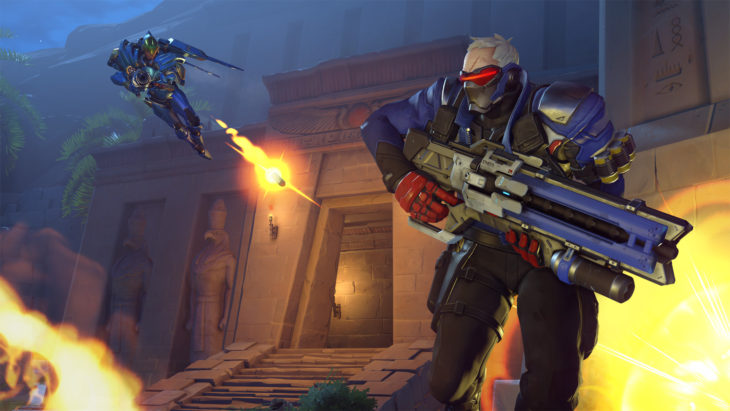 As if eSports wasn’t showing huge signs of grabbing mainstream attention, Blizzard Entertainment – creators of huge multiplayer titles like Diablo, World of Warcraft and most recently, Overwatch – has shows how dedicated they are to the future of competitive gaming by purchasing two more locations for their upcoming Overwatch League.

ESPN has revealed the locations are in Philadelphia and Houston, both of which were purchased at a whopping $20 million. Comcast Spectator in Philly and OpTic Gaming in Houston are the new investors for the increasingly popular eSports market. And if that’s not enough to get the competitive gaming blood pumping, Blizzard is also in talks with Wesley Edens, the co-owner of the NBA franchise – the Milwaukee Bucks, with an offer for a slot with his esports franchise, FlyQuest.

All new teams have yet to participate in any Overwatch leagues, while Spectator – from Philly – will be venturing into eSports for the first time ever, while the other two are rookies to Overwatch. With 13 out of 14 spots filled for the upcoming Overwatch League season one, most of these spots are US-based, while a smaller portion make up London, Shanghai and Seoul. The competition is set to start at the end of the year, located at the Blizzard Entertainment eSports arena in Burbank, California.

With the rise and popularity of eSports, many new teams and investors are starting to make their appearance. It may only be a matter of time before we start to see the popularity of eSports taking a giant leap forward. With that being said, is more popularity and eyes on our beloved passion really worth the effort? By making competitve gaming mainstream, will this lead to higher sales, providing an essential profits to keep the wonderful entertainment medium ahead of all the other forms of entertainment?

Only time will tell and really all we can do is wait. It’s clear there’s tons of money in the eSports market, but can the industry reel in enough viewers to keep its momentum is the question that begs answering.