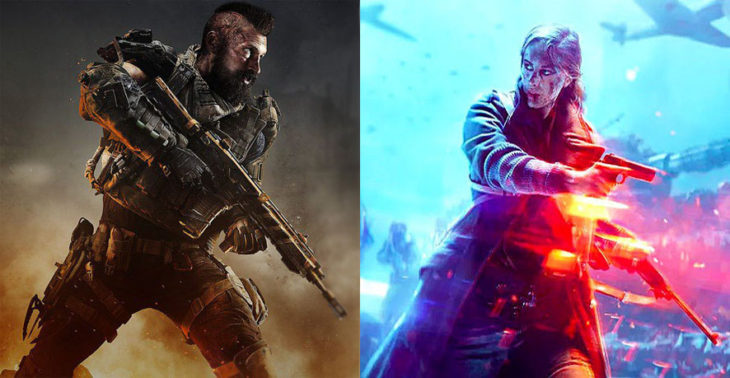 One For The Ages

It seems like almost every year the gaming industry plays host to a series of competing titles releasing within the same launch window. None of which seem to carry as much weight as the Call of Duty franchise going up against Battlefield. This year we’ll be seeing these two FPS giants duking it out once again, but instead both have some controversial changes added to the formula.

With the recent trend of battle royale modes flooding the online community, Treyarch Studios is putting their AAA developing skills to the test by bringing the challenging, yet addictive, mode to their acclaimed franchise. However, the addition of BR mode to the extremely popular series isn’t the most surprising element in Black Ops 4; it’s the deduction of the single player campaign.

While most of the highest rated games we see today still involve heavy story lines, deep character progression and massive open worlds to explore all in beloved single player stories, the Call of Duty series is canning the traditional campaign mode – something that’s been apart of the annual formula since the series started back in 2003. With plenty of backlash from the single player crowd focused on the disappearance of story based missions, if you’ve been paying attention to the series over the past decade, it’s really not that difficult to believe.

Over the years the Call of Duty name has largely focused on bringing a heavy dose of multiplayer competition with a side of single player story. The popularity of the online modes have sky rocketed since the introduction of the Modern Warfare series, and it seemed inevitable that the franchise at least take a swing at focusing solely on the multiplayer aspect. But will it be enough to win over the FPS crowd?

While Black Ops 4 will be busy ditching their single player campaign mode, Battlefield V is taking a bold new approach to the story driven missions. A follow-up to Battlefield 1, players will continue into an alternate WWII setting. As the single player missions take players through a series of war stories which are largely based off of actual WWII events.
However, with many inaccuracies regarding the time of which WWII takes place, many fans in the community are already prepared to write the game off due to the appearance of prosthetics and the prominent role of a female soldier. Battlefield V may have caught plenty of early backlash, but the total package still looks to deliver a fresh and insanely fun experience.

Aside from the single player war story missions, multiplayer has seen a vast overhaul as well. Much like Black Ops 4, Battlefield V will also hop on the BR band wagon with a Royale mode of its own. The stellar Operations mode from Battlefield 1 will be making a comeback titled, Grand Operations, which has players running through multiple rounds of competition filled with mission objectives. While the single player in Battlefield V may seem compromised by an inaccurate portrayal of the setting, there’s promise of cut-throat gameplay brought forth by a new wave of features and modes.

While on one hand, Black Ops 4 is ditching their previously lacking single player campaign mode to focus solely on the multiplayer action, Battlefield V is bringing a bucket full of controversy with their campaign. It will be interesting to see which AAA FPS title accomplishes the BR mode better, as we’ve yet to see any big developers incorporate the insanely popular multiplayer mode into their titles. No matter if you like Battlefield or Call of Duty, this year is shaping up to be quite a brawl for the best FPS of the year.