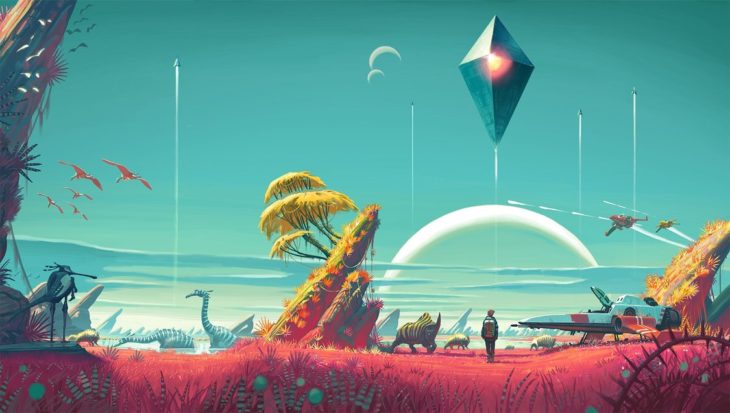 has received yet another patch, this time to the saving system. It’s been one year since the game first launched where it was universally hated by gamers for being ‘misleading’ about it’s contents and features. The developers had a tough time at first but they’ve been working hard on improving the game with various updates. It’s gotten to the point now where the game is being deemed playable by gamers. So now an interesting question has been raised, can No Man’s Sky

become what we thought it would be?

Update 1.3. or the Atlas Rises update added the start of multiplayer to the game. This update allows up to 16 players to exist together in the same space however, other players appear as a floating blue orb with proximity-based voice chat. It’s not much but it’s the first step towards full multiplayer in the game. Plus it should make many players very happy. However, there’s no news on when the next multiplayer update will be arriving.

While No Man’s Sky ultimately let us all down when it was first launched last year, Hello Games has proven that they’re dedicated to the game. They’re releasing large free updates for the title and as a result, it feels like a very different game now.

The most recent update has added five save slots. They are each split into two, one for autosaves and one for manual. Several other changes have also been made to the game. Such as improvements to the simulation so in-flight weather effect vary in strength now according to your height.

up to a good quality level. However, is this even possible now? Most gamers have lost faith in the game and as a result, will probably never look at it again. Which is a shame if the developers are actually trying to improve the game and bring it to the level that was promised.