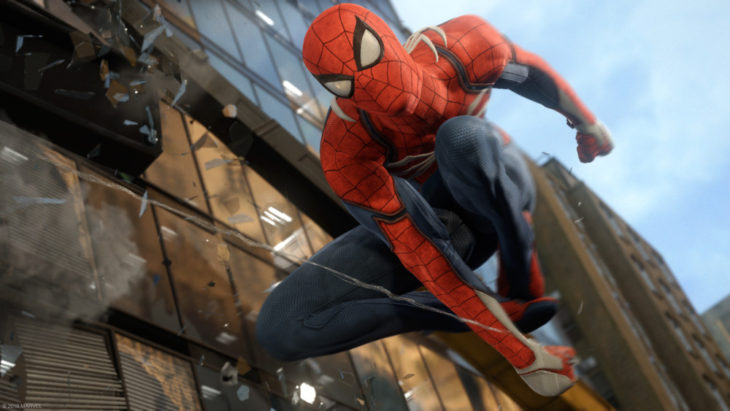 This year Insomniac Games provided players with a winning formula as everyone’s favorite web-slinger, Marvel’s Spider-Man. The game shines from start to finish, but as the game proceeds into new territory tougher enemies begin rearing their ugly heads at Manhattan’s own Spidey.

For those seeing their fair share of trouble when taking on the many groups of thugs and demons, let’s take a look at what can make you a better all-range, no-nonsense friendly neighborhood Spider-Man.

The combat in Marvel’s Spider-Man is quick-paced and reminiscent of Rocksteady’s Batman: Arkham games. Fast real-time combat depicting flexible movements that flow seamlessly into one another – like that of a superhero. What sets Spidey apart from the cape crusader himself is he has the useful “spidey sense” to aid him in battle.

Combat, especially when taking on numerous foes at a time, can be a hectic experience requiring honed reflexes for unmatched maneuvers. Luckily, Spider-Man’s spidey sense triggers automatically whenever Peter Parker is about to take damage. The comic book-esque wave lines that appear above Spidey’s head signify a moment of impact but provides a short window of opportunity to either counter with an attack or dodge to fight another day. It’s important to always keep an eye out for incoming attacks using the iconic spidey sense, as it could very well keep you out of the grips of relentless combos from enemy gangs.

Recent: Is It Worth Owning Multiples Of The Same Console?

While keen reflexes and super hero abilities certainly help Spider-Man take on dozens of enemies at a time, his useful gadgets don’t hurt, either. And there are tons of these bad boys just waiting to be unlocked and earned all throughout the game. With everything going on in the midst of combat it’s easy to forget about just all of the methods of disposal at your fingertips, and gadget usage should sit right near the top of priority.

For those just starting off in the wonderful world of Spider-Man, some of the best gadgets to ensure you make it out of every combat situation are the ones that stun enemies for a few seconds. Gadgets like the web bomb or electric web is perfect for slipping out of tight situations in a hurry. Also, suit powers are incredibly effective, and utilizing the battle focus power found on the Advanced Suit allows players to quickly use focus power to regenerate valuable health.

It goes without saying that not every enemy in the game will take the same amount of damage from the very same combat abilities. It’s easy to wipe your way through disgruntled thugs early on in the game, but as you begin to progress through the story and Manhattan becomes overrun with heavy-duty criminal masterminds – the thugs won’t shrug off so easily.

Soon, you’ll want to keep an eye out for what works effectively against particular enemies, and which type of enemy is approaching or attacking. Some thugs take damage to head-on punches and kicks, while others will block those immediately. Some require Spidey to slide under opponents or leap over them in order to throw them off guard and attack from behind. Other enemies need to be stunned by either throwing environmental objects or the use of a proximity gadget. Throughout the game you’ll take on enough enemies to really dial in a method to your madness, but it’s early on when it’s crucial to pay close attention to which enemies react to what.

Recent: How Could Fortnite Battle Royale Become Even Better?

Marvel’s Spider-Man is a true high-quality superhero game that takes the sub-genre to entirely new levels. The combat system borrows from an already tried and true formula, but adds eve more depth to the experience. With these subtle tips for beginners leaping into the Spidey universe for the first time, you’re sure to have an easier time mopping the floor with the loads of baddies that are to cross your path in Manhatten.