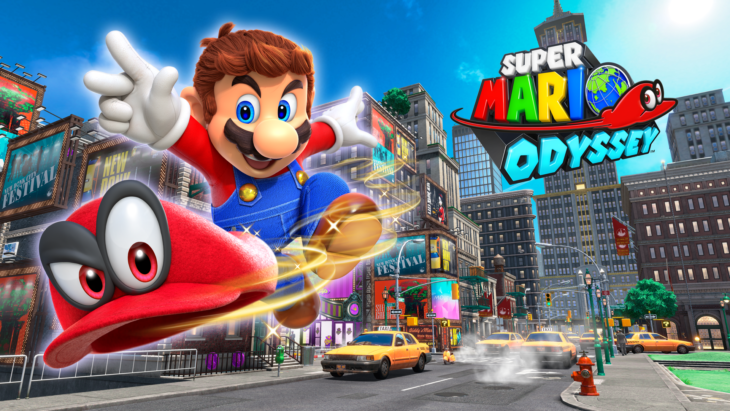 This year has shown gamers that Nintendo has been hard at work creating a unique hybrid console, providing unique experiences through exclusive titles. While the first 6 months of the Switch’s release have shown astounding numbers with only a few big franchise names, the remainder of the year holds a slew of high-anticipated releases for the successful Japanese system.

and of course, Super Mario Odyssey

, are all making their way to the mobile/home console within the next few months. After a solid summer exploring the vastness that is Breath of the Wild

, and hundreds of laps chugging through Mario Kart 8 Deluxe

, fans of AAA titles are itching for more big name releases. The remainder of the season will keep Nintendo players pleasurably busy well into the new year.

Since the unveiling of the Xbox One X

, Microsoft has been hammering the point, they too offer top-notch exclusive titles. While this is absolutely true, the list of featured titles on Xbox consoles is a little lack luster when compared to other consoles. A few important releases still wait in the near future, with Cuphead

right around the corner.

are other titles on the Xbox exclusive radar, but those hardly hold a flame to the status of Fire Emblem, Super Mario or even the upcoming Horizon Zero Dawn DLC for the PS4. Though the holiday for Xbox exclusives isn’t staggering, the new year is looking positively hopeful for AAA quality Xbox exclusives.

Sony, once again is lining up with a heap of mixed reactions to a few of their upcoming exclusives. Gran Turismo Sport

is an obvious selling point, as well as The Frozen Wilds

for the stellar Horizon Zero Dawn

and the trilogy collection of the .hack//G.U. series is great for die-hard fans, but not hitting the radar for casual gamers.

The comeback of the 90s mascot from 2D platforming – Bubsy

– will also be making a surprise appearance on the PS4 consoles, igniting a possible feud with Xbox’s Super Lucky’s Tale as best 3D platformer. All in all, Sony has a fairly decent exclusive lineup, but nothing to lock yourself in your room all winter over.

. Being the first year of release, a ton of awesome titles are lining up to make their appearance on this unique console design. Though these exclusives are promising titles, there are still many more AAA titles coming to multi-platforms and systems this holiday, like Shadow Of War

and Call of Duty: WWII

. Stay tuned for more guides covering the best of the best this holiday season.