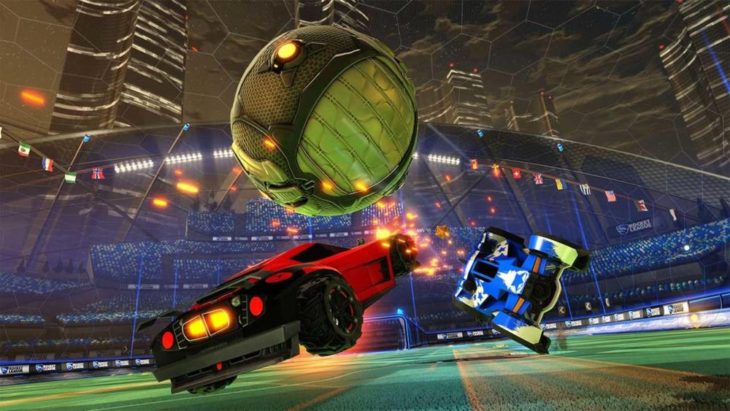 Rocket League has become one of the most popular competitive online games over the course of the past couple of years. With tons of extra DLC additions and releases, the battle-car Soccer game has become filled with plenty of diverse battle-cars and customization accessories. And to make things easier for newcomers to the popular eSport, Psyonix is releasing a brand new Ultimate Edition that’s jam-packed with tons of goodies.

Rocket League: Ultimate Edition comes with everything in the base game plus downloadable content from the three original DLC – Chaos Run, Supersonic Fury and Revenge of the Battle-Cars – as well as the 4 Collector’s Edition battle-cars – the Aftershock, Marauder, Esper and Masamune. Also joining the roster is the variety of Batmobile vehicles and DLC content from the Batman v. Superman: Dawn of Justice pack and DC Super Heroes pack.

And that’s not all. Those who purchase the Ultimate Edition will also receive the Proteus, Triton and Vulcan battle-cars to round off the massive roster of extra content. For anyone still looking to pick up Rocket League and see what all the fuss is about, the Ultimate Edition looks to be the best version of the game yet, offering tons of customization options and a hefty roster of battle-cars, each with their own advantages in when competing.

A few popular cars not added to the Ultimate Edition, however, are the Fast and Furious packs and the newly released Jurassic World add-on (featured in the trailer above). While these packs will undoubtedly still be available for purchase, fans who purchase the Ultimate Edition will need to drop a bit more dollars for the additional battle-cars.

Fans can find physical copies of Rocket League: Ultimate Edition releasing at the end of this month, August 28th, 2018 for the PS4, Xbox One and Switch. All extra content comes pre-loaded onto physical copies for ease of use and the ability to jump right into the action without any extra downloads for DLC.

The 16-DLC battle-car equipped release will be available for $39.99 for the PS4 and Xbox One, while the recently released Switch version runs for a bit more at $49.99.