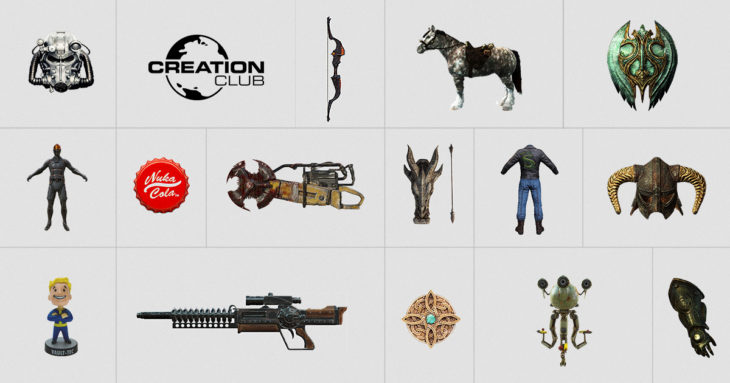 It’s been one month now since Bethesda launched their Creation Club for Fallout 4. And in that time gamers haven’t been very positive towards it. However, does the Creation Club really deserve this much hate?

As the Bethesda Creation Club page states, “Mods will remain a free and open system where anyone can create and share what they’d like”. So Bethesda doesn’t want to make players pay for all mods, just one that they create. In addition to this, third-parties can sign up to sell their mods through the creation club.

The reason for the Creation Club is clear: Bethesda wants to keep supporting their games and communities.

It may not seem like it but Bethesda actually wants to support modding communities by making it easy to pay modders for their hard work. Not all mods in the Creation Club will be great or worth supporting, however. It’s like modding in general, not everything is worth downloading. Right now, however, the content from Bethesda is quite lacking but this is most likely because the developer is just testing the system. To make sure players like it before they start launching bigger and better mods that are actually worth purchasing.

The Creation Club was originally expected for a release with Skyrim this month however, there’s been no news on this from Bethesda. It’s possible the developer is re-thinking how they approach modding and may be planning to release some larger mods. Or perhaps they’re getting in touch with modders and will have the first round of mods be from third-party sources. We just don’t know at this point. Hopefully, Bethesda makes an announcement soon.

Is the Creation Club really as bad as gamers initially thought? Probably not. Bethesda most likely had good intentions considering there most likely won’t be another Elder Scrolls or Fallout game anytime soon. They probably wanted to help extend their lifespan to hold players over until the next big games get released.