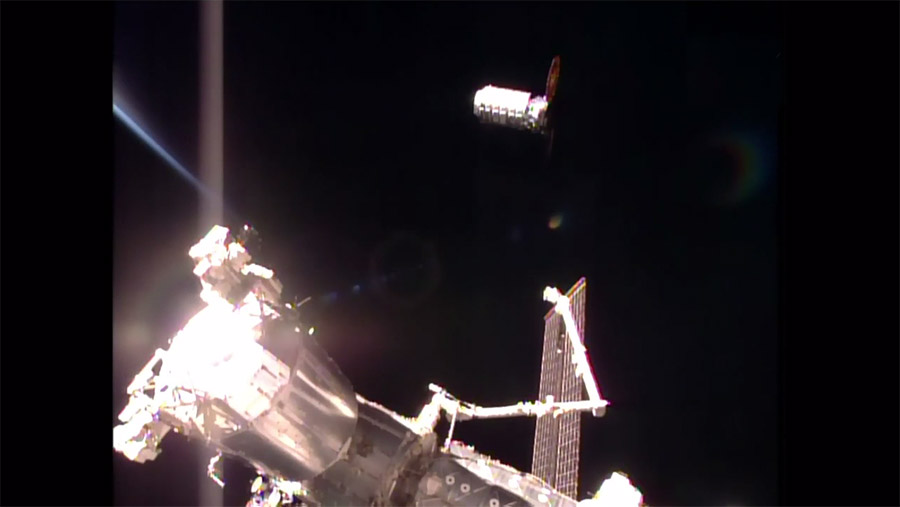 NASA released two blog posts over the weekend about the Cygnus cargo ship. After spending four days floating through space, the cargo ship has been successfully captured by the international Space stations robotic arm, Canadarm2. Orbital ATK’s Cygnus cargo ship was captured at 6am EDT before the team began work on the installation.

The Orbital ATK Cygnus cargo ship has been successfully bolted to the International Space Station. The ship will spend three months on the station before getting a July release. The ship will then be going on a destructive re-entry into the Earth’s atmosphere to dispose of trash.

Cygnus contains over 7,600 pounds of research and supplies to support research on board the station. The blog post from NASA explains that the ship includes content for cancer cell research, updated software and equipment to re-do certain experiments from the past. However, NASA only explains some of the research which is on the ship. There are many other research topics and experiments which are not explained in the blog post.

The organisation did note however that prior to re-entry in July, the Cygnus craft will host a special fire experiment. This experiment is to study how fire burns in microgravity. The aim of this study is to improve the development of future spacecraft and stations such as the proposed Deep Space Transport and Station. This will be the third Spacecraft Fire Experiment, or SAFFIRE as NASA calls it, and the data collected should match those of previous experiments.

You can learn more about the Orbital ATK Cygnus spacecraft on the official website here. We will also provide updates about the research being conducted on the International Space Station and about the future of the Cygnus spacecraft. We should have more news for you again soon so be sure to check with us regularly!