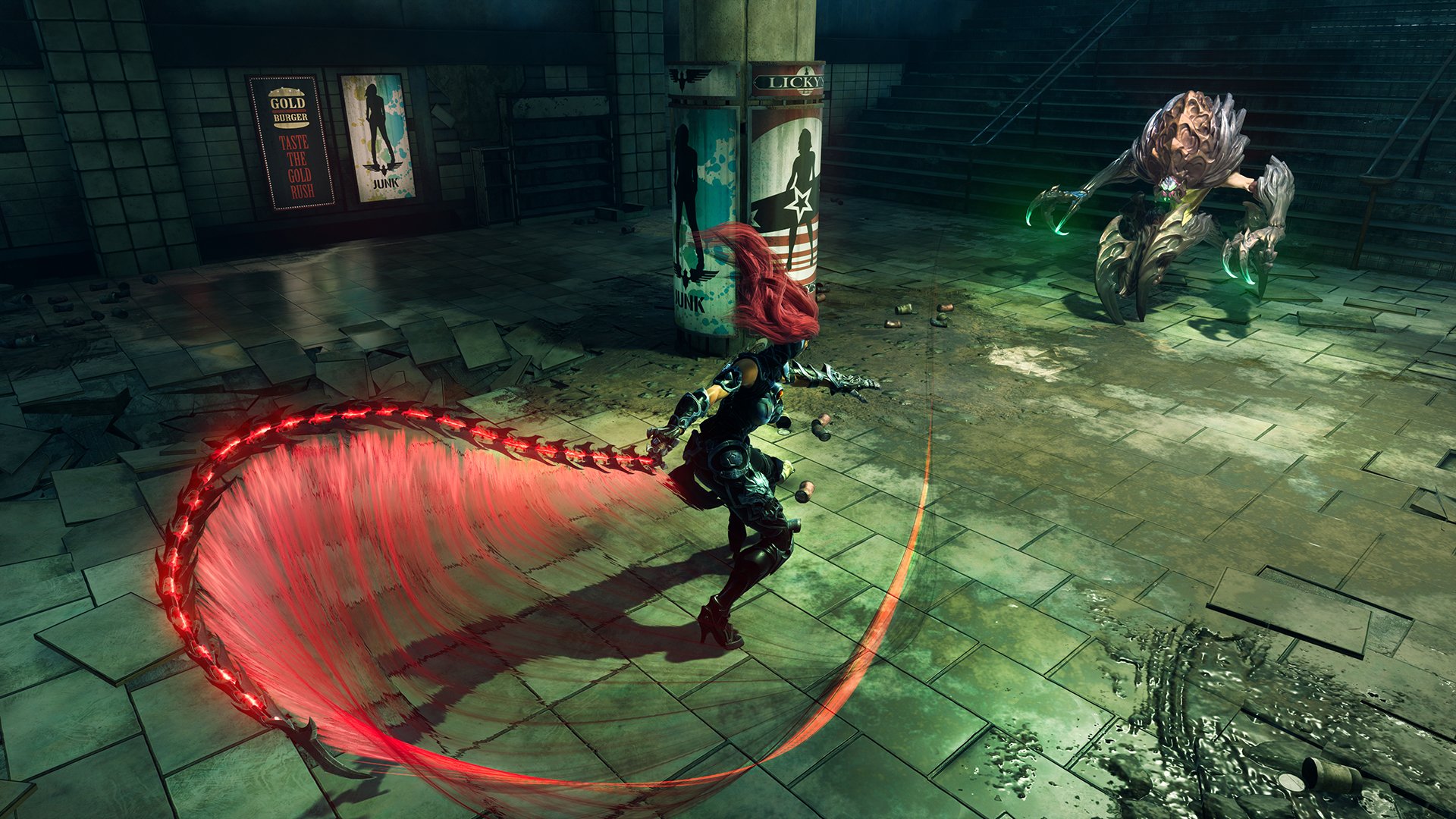 Following a leak from yesterday, THQ Nordic and Gunfire Games have officially announced Darksiders III. The developers have just released the first trailer and details for the game.

The game is set during a time where Earth has been overrun by the Seven Deadly Sins. The planet is covered by mythical creatures and strange beings that serve them. However, there is hope for humanity. The Charred Council has called upon Fury to fight and has sent her on a quest to restore humanity.

So this game will be about Fury, one of the Four Horseman of the Apocalypse. She’s a mage who uses a whip and magic to “restore the balance between good and evil”. This new game will be set in an open world and Fury will be able to move between different environments.

Details about the game are still fairly limited but the official website introduces one of the Seven Deadly Sins. It introduces Sloth who appears to be a giant insectoid-like being. THQ Nordic has stated that details on the other Sins will be coming in the future.

In addition to the new game reveal, all previous games are currently on sale. PlayStation 4 and Xbox One owners can get Darksiders 1 and Darksiders 2 for just $20 in a special bundle. Once the limited time deal has completed, the bundle will be sold at $40.

PC players can get the deal at an even cheaper price through Steam. PC gamers can get the games and the soundtrack for only $10. However, the franchise pack will be sold at £45 once the long deal is finally over.

Darksiders III will be launching in 2018 however the exact release time has not yet been specified. The developers have also not confirmed which platforms the game will be released on. However, it seems very likely that it will be PC, PS4 and Xbox One.