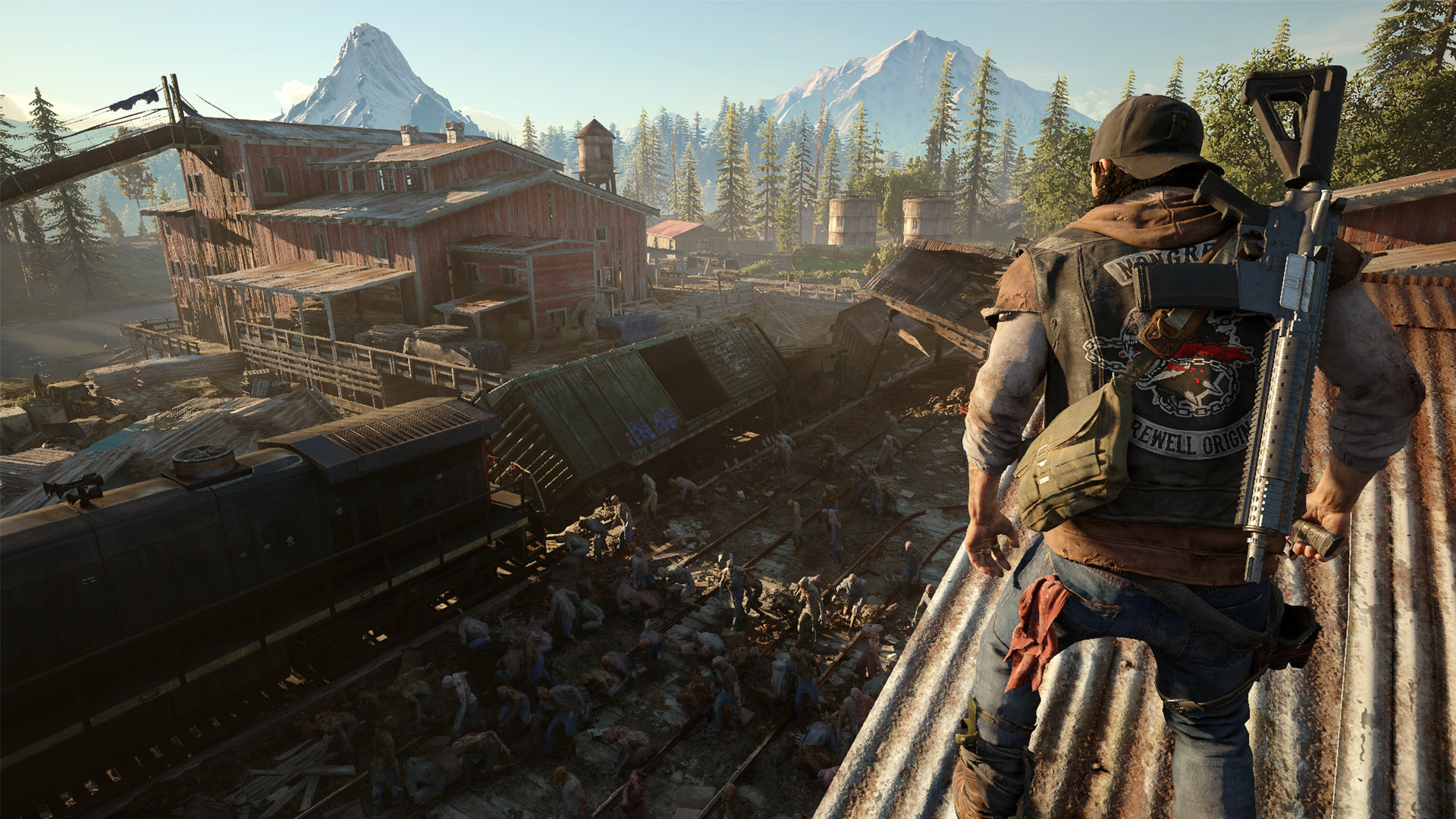 Sony’s E3 press briefing left gamers and fans with many new titles, most of which were made aware of previously, either through leaks or last year’s E3. One title that impressed last year but has managed to keep quiet over the past year is Bend Studio‘s, Days Gone.

In this open-world action, apocalyptic zombie game you play the part of Deacon St. John, an ex-motorcycle club member driven by violence at the core of the gang. Now, two years after a mysterious pandemic has covered Earth, transforming millions into mindless, flesh-eating zombie, you struggle to deal with loss, love, desperation and revenge. Set in the mountainous region of the Pacific Northwest, hazardous regions like rivers, mountains, cliffs, mines and ridges scatter the vast landscape.

The brand new Days Gone trailer released at this year’s E3 event, shows off the beautiful visuals with impressive cutscenes, vivid environments and realistic real-time weather scenarios. Speeding along the dirt paths on your motorcycle looks like a smooth ride and easily controlled, even in the pouring rain.

In true ‘free-to-play’ fashion, Days Gone allows you to make your own decisions, exploring, strategizing and taking whichever course feels necessary to you, the player. Crafting weapons and tools throughout your survival helps open combat situations and stealthy runs through the open world. Searching almost every car, building and area on the map, the huge, expansive world creates true survival instinct giving the ability to endlessly scavenge to live another day.

The sharp lighting effects brings real-time visuals and reacts dynamically, in the same manner as the human iris, as the locations move from point to point. Real-time weather cycles bringing various conditions like snow, rain, wind and day/night changes, gives players different approaches and situations throughout the game; leaving the player full of various options to play your own way.

Days Gone is the latest edition in the long-running, ever-so popular zombie-survivor genre. With a gorgeous, living and breathing world, full of life-threatening dangers around every bend, breathtaking environments and a cinematic emotional story surrounding the tough trenches of zombie survival, look for Days Gone to add more depth to the realm of survivors.

Releasing on the Playstation 4, there still is no confirmed release date for Days Gone, looking at either 2017 or 2018. Check back for more on Days Gone and all other gaming news.