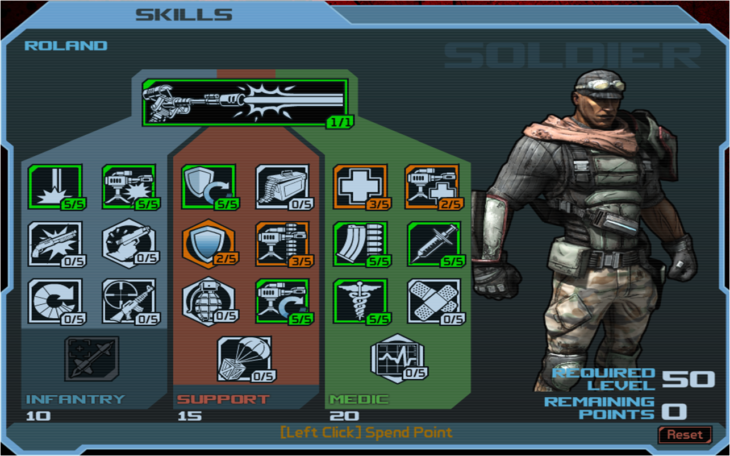 Crossing the halfway point of the Dedicated Gamer series, part five explains how developing your own character, personalizing your experience and striving for powerful and unique abilities draw the gamer in. Many games are graciously adopting this RPG standard, and with good reason too. Let’s have a look at a few.

Picking your player, creating their race, skills and abilities, class, physical features etc.; all of these personal traits add a wonderous sense of depth to the realm of video games. Creating a virtual hero and adding your very own touch on how they might react or defend themselves in certain situations, eagerly awaiting every next move to advance your character’s capabilities provides the gamer with a taste of satisfaction and achievement. Building on skill sets and moves grants curiosity for what exciting features still lay ahead, untouched by the natural progression of whichever title you choose to indulge in.

Creating a likeness of yourself, or any number of characters or famous icons, is just the tip of the character development iceberg. Rifling through tons of skills and perks to add greater power and abilities, extending the life of entertainment in the game by upping the gameplay, as well as adding important character traits or dialogue into the progressing story. Games like Mass Effect, The Witcher, The Elder Scrolls or Horizon Zero Dawn feature the popular “selective dialogue” options with various choices of responses, but with the help of added skills you may be granted decisive and useful conversation pieces to help further the game’s progression in a unique way.

Other titles like Fallout, Far Cry, Assassin’s Creed, as well as the above mentioned titles amongst a litany of popular games, most notably RPGs, reward the player with precious experience points, which in turn accumulate to eventually “level up” the player. Once leveled up, games offer the feature of adding to the vast repertoire of skills, moves, weapons, abilities and more available for the character’s current level. Naturally, the stronger you become the more powerful the skills, abilities and other useful features become as well, giving players more to look forward to while advancing further into the game.

Unique pieces of armor, gauntlets, leggings, weapons like axes, swords, rifles or rocket launchers can not only change the overall appearance of your character, but the play style as well. Some games like Dark Souls, Final Fantasy or The Legend of Zelda create a sense of discovery based around finding unique items to further develop your player, perhaps in a ways not thought of by the player initially.

Through ways of advancing the character, deepening the bond between yourself and your video game counterpart, video games fuel the player to further increase the relationship. Achieving a sought after skill or weapon, coveted armor sets, unique dialogue options, or even brand new settlements to overrun, the options seem limitless in the developing world of video games. Taking a break from reality and venturing off as your new role of a hero (or villain) should feel immersive and personal, should take you away from the stresses of life and give you a satisfying reason to continue forward. Thanks to the many creators and developers out there who reward us devoted gamers with exciting and fulfilling character development featured across the gaming platforms.