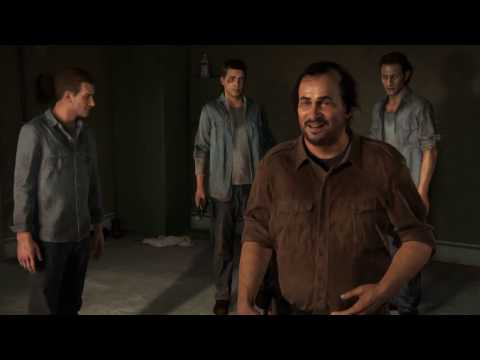 Over the past couple of weeks the we have taken an in-depth look at certain aspects of video games that keep the tried and true dedicated gamer so overwhelmingly hooked to the fascinating nature of the popular form of entertainment. Starting with the striking scores and soundtracks, followed by the immersive environments and worlds, this week we’ll focus on the captivating and riveting stories.

Taking the role of a hero, sometimes a villain, maybe several characters whose lives intertwine, a team of mercenaries, a war vet, racecar driver or maybe even the role of an animal, like a dog or bird. The possibilities for new and inventive stories played through video games are unimaginably unlimited, as well as becoming increasingly creative. Everything from the dialogue to the lore, developers create surreal and compelling stories, keeping the player heavily involved and engrossed throughout the game.

Several aspects make the overall experience gratifying. The content, theme, voice acting, characters and loads of lore scattered about the game all improve the depth of whatever story is unfolding upon your screen. Games like the ongoing Assassin’s Creed series engage players across multiple titles, ever-expanding the story into a massive set of novels and tales through rich narrative and a constant flow of content ranging from all across the timeline.
Using real-life scenarios and events, the Assassin’s Creed creators add their own unique details into world-famous historical settings, giving players and fans the incredible opportunity to dive into a realm only learned about in books. Exploring the ideas of “What ifs?” and placing yourself in the center of familiar worlds, consuming the role of the important protagonist in any exciting story helps to bring the game to life.

Most exciting and narrative driven games – especially in todays modern gaming era – bits of lore like notebooks, journals, recorded audio, maps and even video clips all help describe the setting, cast, plot or maybe just miscellaneous information about the world around you. Surrounding the gamer with a world full of information, leading the player to believe the world they’re in, providing a fulfilling and engrossing adventure into realms we could only dream of before are crucial elements to a truly captivating experience.

Great voice acting – now found in most games that release today – offer a true sense of engagement, giving the illusion that high quality television or cinema is under your control. Games from developers like Naughty Dog including Uncharted and The Last of Us are among the best of the best in top-notch story telling and voice acting. The dialogue is always on point and fresh narrative lines are flooding throughout the game with cut scenes and gameplay seamlessly flowing into one-another. Nonstop action with tons of comic relief helped build the Uncharted franchise into a triple A series that keeps delivering time and time again.

Selective dialogue options also help keep players glued to the conversation. Games like Mass Effect, The Elder Scrolls or Fallout presents players with a set of replies and questions, each choice giving different reactions to the targeted AI. Advancing the story how the player chooses gives off a personal commitment to the game and story, further enhancing the immersion and experience.

Some games are so relevant in their own worlds that dialogue or narration is not only secondary, but in many cases are completely absent. Games like Flower, Journey or a number of retro platformers, like Super Metroid or Sonic the Hedgehog, can leave the player without any words, yet guide the character through an adventure where words and sentences aren’t needed. The living world surrounding the game, the characters, enemies and actions all tell their own tale, as long as the player is giving it the attention it needs.

There are literally tons of games out there, and while not all of them provide dramatic, thrilling, riveting, enthusiastic or comedic dialogue and content, there’s always some factor into why you’re doing whatever it may be you’re doing in the world of gaming. Whether it’s in the actions, the speech or the landscapes that lay at your fingertips, the adaption of modern storytelling in the video game world stays as a prominent factor in engaging, discovering and rewarding dedicated fans and gamers everywhere.