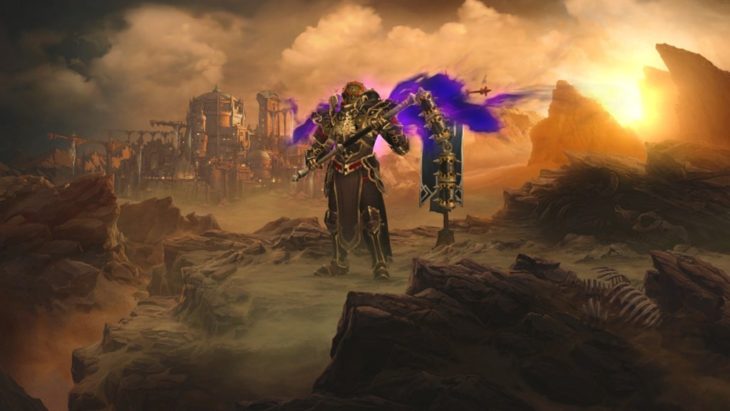 For the first time since the days of Nintendo 64, Blizzard has been working with Nintendo for the upcoming port of the RPG giant, Diablo III heading to the Switch console. For the first time ever, players will have the ability to take this hack ‘n’ slash, loot collecting title on the go with all of the acclaimed DLC in what’s titled, Diablo III Eternal Collection.

Taking the entirety of the Diablo III collection, Nintendo Switch owners will have the opportunity to play through the fiendish co-op friendly game for the first time. Not since the days of the N64 Starcraft release has Blizzard worked with the veteran video game manufacturer, but the buzz revolving around the Eternal Collection is solidifying the move as a promising step in the right direction.

Players will have the option to run through Diablo III, and all of its extra content – The Reaper of Souls and Rise of the Necromancer packs – either solo, or in co-op via local, wireless LAN or online multiplayer. Friends can team up in 2-player local co-op with one system, utilize multiple systems for 4-player LAN co-op, or put the upcoming subscription service, Nintendo Switch Online, to use with online multiplayer.

Nintendo fans will also receive a little something extra in the form of a brand new exclusive armor set from The Legend of Zelda series. If playing on the Switch console, players will have access to the Legend of Ganondorf cosmetic armor set, further showcasing the returning bond between Blizzard and Nintendo.

The Diablo III Eternal Collection for the Switch console will be available later this year both physically retailers and digitally from the Nintendo eShop. Fans will have the opportunity to try out the new edition at Gamescom, Fan Expo and PAX West.