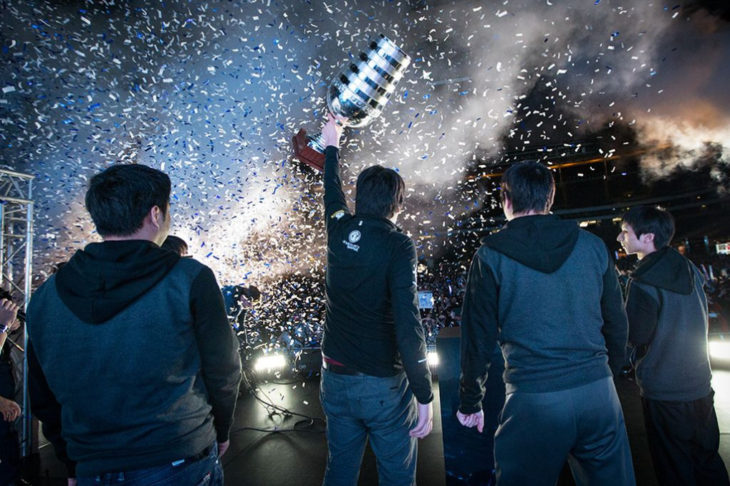 Or Can You Just Be Good At Enjoying Them?

Video games are remarkable works of art that allow us to escape the trials and tribulations of real life, giving players an opportunity to experience a fantasy world through someone else’s eyes. There are games out there for everyone to enjoy, no matter your skill level; so does the label “gamer” only apply to those who continuously conquer title after title? Or does it simply apply to those who frequently enjoys games for the sheer pleasure?

Tons of difficult games push players further than they ever thought possible with unforgiving boss fights, frustrating level designs and relentless competitive multiplayer. Often times it can become increasingly strenuous to overcome some of these tremendous obstacles, but many still enjoy the game or challenge itself enough to continue through the hair-pulling hurdles of gaming. However, others might frown upon a player who ceases to finish game after game, instead bouncing from one title to the next in hopes of finding something new and worthwhile. How can someone categorize themselves as a gamer if they never experience the full weight of a game, instead giving up only half way through?

Well, it’s never really quite that simple. With everyday struggles and real life obstacles of our own to stand in the way of our precious game time, often times leading many people to attempt to accomplish everything they can in an insufficient amount of time. This doesn’t make anyone less of a gamer, per se, but rather allow them to follow a different, more turbulent path of enjoyment. Being a gamer shouldn’t be about how many games you’ve beaten, but rather the fact you continuously receive a great amount of enjoyment from them.

And enjoyment doesn’t always have to come from pushing your own limits. Difficulty settings is another feature that tends to come with a certain stigma to them when one mentions how they choose to play through a story. Easy settings aren’t always just for those who can’t possibly master a specific gameplay, but often many opt for this setting simply because they lack the time to put towards relentlessly retrying sequence after sequence of harder earned victories. Kids, school, work – they’re all life obstacles most of us must deal with outside of gaming, so when we do have time to unwind with a fantasy adventure we may feel it’s best spent with a feeling of perseverance rather than frustration. It shouldn’t matter if you conquer a game on the easiest setting or the most difficult, but utilizing your own time wisely, should.

Jumping into an online match dedicated to coining one player or team victorious might seem like a tried and true method of determining who the “real” gamers are, but if dissected thoroughly, it can be quite the opposite. Winning over and over might make one player stand out amongst the crowd as a skilled gamer, but what about the other players in the match who came in second or third? Or even dead last? I mean, they’re still experiencing the same title as the winners, and most of the time they’re gaining just as much enjoyment as the rest; if not more so. The fact that the lobbies are filled with thousands – if not millions – of players that are all using their dwindling time on Earth to achieve some sort of fulfillment from the interactive time killer is proof enough that, even though we won’t always win – we’re still enjoying ourselves.

So, to conclude my short little spiel regarding what qualifies a gamer label, one should look no further than how they define themselves. Sure, some of us may claim to be bigger gamers than others, but all of that is simply hearsay. Enjoying wonderfully exuberant worlds is all part of why there are so many of us “gamers” here today; why the industry is booming and growing as one of the most successful in the modern era; and why someone of any age group or demographic can label themselves a “gamer”. So, in other words – no, claiming the gamer title isn’t all about being good, but rather attempting to gain as much merriment and gratification as possible from the beautiful world of video games.