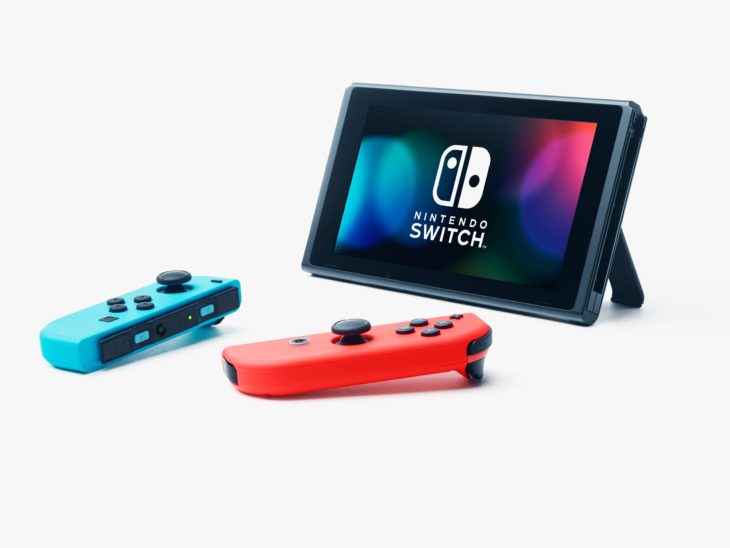 What Will It Take For Nintendo To Rise Again?

Nintendo saw a tremendous amount of success within the first year of releasing its latest console, the Switch. The unique hybrid design and updated performance speaks to gamers of all kinds looking for the next experience only found on Nintendo hardware. However, with a rather slow first half in the second year in production – and a few questionable decisions – does the Switch have what it takes to continue down the road of success?

With the first year of the hybrid console Nintendo saw quite a few promising leads to an overly successful year. With a handful of top-notch exclusives – including two Game of the Year nominees, and one of those winning the award – the Switch seemed destined for greatness. The unique design allows players to take some of their favorite games on the go, as well as enjoy them on the big screen in the comfort of their own home near effortlessly; something no other console has accomplished in the same style as Nintendo’s latest hardware.

While these un-missable first year exclusives, like Breath of the Wild, Super Mario Odyssey and Splatoon 2 helped the Switch close in on current gen Microsoft console, the Xbox One, it’s hard to believe Nintendo seems to have lost a bit of steam in year two. After just over a year the Switch has nearly halved the estimated total amount of Xbox One sales; a console that’s been out for almost 5 years. And while the Xbox One is the superior console in terms of technological prowess, the lack luster exclusives seem to be holding that particular console itself back from staying out of the Switch line of sight.

However, that’s not to say Nintendo has had it’s fair share of downfalls with the early console, as well. The Switch has begun showing some of its less interesting or ideal concepts in many forms of extended hardware and software. While the first year started the console lifespan off with an impressive bang, that has not been the story during the first half of the second year.

6 Racing Series That Need To Make A Comeback

Last year, Nintendo introduced an online voice chat feature which required either an Android or iOS application to use properly. After jumping through a series of hoops, Switch players were finally able to chat in parties with friends in games like Mario Kart 8 Deluxe, Arms or Splatoon 2, but the overall design was far from anything found in standard voice chat options in either current Sony or Microsoft consoles. Since the debut of the voice chat app, however, some of the headaches have been relieved, like the ability to use other apps on your device while in chat parties and turning your screen off to save battery life on your device or smart phone. But, the voice chat option is still lacking in ease of use when compared to rival companies.

That being said, Nintendo is preparing to launch the official online service this coming September which will add a variety of additional features and functions for a graciously low price, but the online lobby app still looks like it’s here to stay. It’s a small step forward, but a step in the right direction, nonetheless. And with the upcoming online system seller Super Smash Bros. Ultimate, a proper online service should help bring in more fans to the online Nintendo community; but a revamped voice party chat option still sits as a must-have feature for the Switch.

Fast forward a few months past the new year, the Switch began seeing a flurry of AAA ports and future ports showing the industry is acknowledging its presence of an increasingly popular and intuitive console. And after the console’s first year anniversary, the veteran game company introduced its first real piece of innovative “hardware” since the Switch’s debut.

Creating a New Experience with Labo

Nintendo Labo released to much more skepticism than they’d hoped, featuring a flurry of cardboard cut-outs to bring a much more physical approach to gaming. While the industry buzzed about the idea of building your own equipment pieces and using them in-game with the Switch, most thought to shrug off the idea and many hardcore fans were not losing any sleep after pushing the creatively unique idea to the side. And while the debut of Labo in Japan started off decently enough, since then the idea has slowed down to a sluggish stroll and failing to help move more Switch consoles all together.

The high sale costs and inevitable wear and tear to the cardboard hardware are too important hesitations that follow the unique Labo idea, and without helping to sell more Switch consoles, it’s an idea that Nintendo might need to move past sooner rather than later. While the Wii offered similar features of physical playability and motion controls, Nintendo’s 2006 console offered a much more affordable and innovative design, as well as loads more titles to use the unique motion control/nunchuck design, such as popular icons like Zelda and Mario supporting the flexible hardware. The Labo doesn’t offer features or experiences even close to those of the Wii, and also presents much less of a socially sought after concept. At least, so far.

Is The PS4 Crossplay Situation Being Blown Out Of Proportion?

But what the Switch has lacked in the previous few months (i.e., new exclusives and user-friendly online services) will be more than making up for during the holiday season. As mentioned above, the paid online subscription could help turn those Switch numbers upward once again, offering exclusive deals, the option for Cloud back-up saves and the enticing NES gaming library – which is free to use when subscribed. With the recent exclusive release of Octopath Traveler racking in positive sales numbers, and tack on upcoming titles like Monster Hunter Generations Ultimate, Super Smash Bros. Ultimate and Pokemon GO Evee/Pikachu, the Switch is gearing up for a second consecutive holiday season of rising numbers.

So, will the Switch ever meet the impressive numbers of the current console leader, the Sony Playstation 4; or even catch up to the wildly successful Wii? If the games continue to come and future innovations give players ease of use and standard features found in current gen hardware, there’s no doubt the Switch will peak near the 90-100 million mark a few years from now. If Nintendo learns from past mistakes and blunders, continues to develop new first and second party exclusives, as well as continue bringing over loads of third-party support, the Switch could mark a positive turning point for Nintendo’s home console market worldwide; something the industry hasn’t truly seen in more than a decade since the release of the Wii.