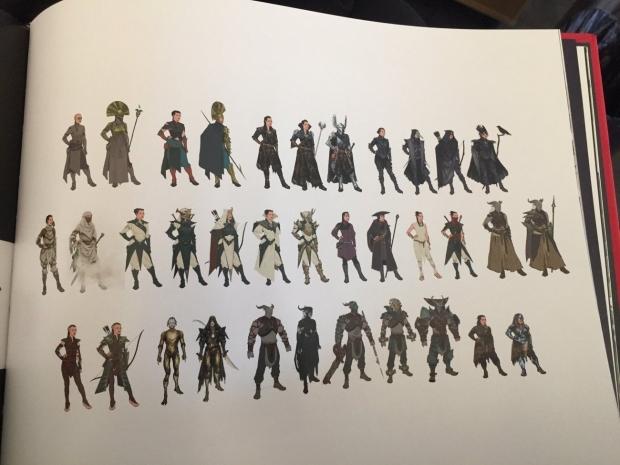 News from recent weeks has made it pretty clear that BioWare is currently working on a new Dragon Age game. However, it looks as though it might not be the spin-off RTS game we were all expecting.

While “Something is happening with Dragon Age” it looks as though it’s not actually Dragon Age Tactics. The series Executive Producer, Mark Darrah, published a post on Twitter about the projects he’s currently not involved with. One of these games a “DA Tactics game”. It would be odd for the executive producer of the series to not be involved with a new Dragon Age game so the only other possibility is that the game is not in development.

As a result, many fans are speculating that this upcoming Dragon Age game is the next chapter in the series. It’s thought that the next game will be Dragon Age 4.

According to Tweak Town, Darrah teased a new Dragon Age project back in January. He posted an image on Twitter of an in-house concept art book. This image was thought to be for Dragon Age Tactics.

In addition to this, the Edmonton studio for BioWare is currently hiring more people. As of time of writing, they’re currently hiring 17 people. However, not all of these are for Dragon Age. Several of the listings are down for Anthem in addition to a “contract” designer. Anthem is an ambitious open world multiplayer game. It was announced during the EA conference during EA Play at E3 and unveiled completely during the Microsoft E3 conference.

So it certainly looks like a new project is currently in development. However, it’s most likely in the early stages of development due to BioWare’s current focus on Anthem.

We will continue to bring you more news on Dragon Age.