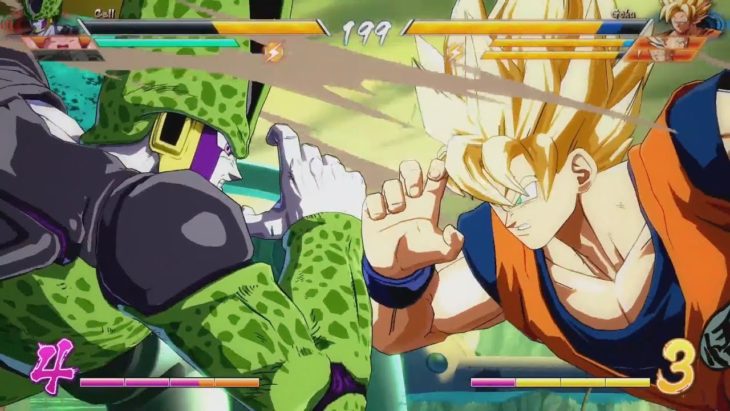 ESports hype builds in the gaming world, revolving around a number of major titles like Street Fighter, Tekken and other instant classics like BlazBlue. Arc System Works has another fighter entering the world of a competitive eSports tournament, this time adding the upcoming Manga/Anime brawler, Dragon Ball FighterZ.

The new fighting game takes the legendary Z Warriors and powerful foes of the series and reimagines previous installations with the popular Arc System Works design. Following addicting titles in the developers library like BlazBlue, Guilty Gear and Persona 4 Arena, Dragon Ball FighterZ is finally making the franchise the 2D fighter is deserves to be. A Closed Beta is scheduled for the middle of September – which players may sign-up for until it ends on August 22nd – as well as new fighters revealed every so often to keep fans anxiously waiting for the new release.

Using the most up-to-date version of the unreleased game, the European 64-player tournament is being held next week, Friday August 25th. After the announcement of two more playable characters, Krillin and Piccolo, this competitive Manga tournament looks to help show off major features of the upcoming brawler.

Making an appearance as special guest announcers, legendary commentator Damascus and 2 time EVO Champ, Ryan Joseph Hart will be hosting the event. Taking place at this year’s Gamescom, the event will also be live streamed on the ESL’s Twitch page, which is also the designated spot to watch the worldwide reveal of new gameplay footage of Dragon Ball FighterZ.

In addition to competing in the large-scale event, each participant will also receive access to the Closed Beta on September 16th-17th, including other prizes not yet announced. Sign-ups occur at the ESL official website but are only available while the limited spaces are available. Catch the tournament on Friday August 25th, 2PM BST, and watch for more news on Dragon Ball FighterZ until its release in early 2018 on the PS4, Xbox One X and PC.