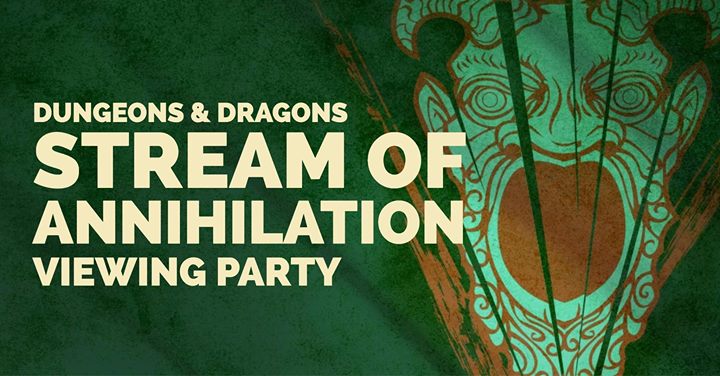 Dungeons & Dragons lovers will be able to unite next month for two full days of D&D livestreams. The official D&D website has revealed that they’ve invited a bunch of D&D streamers to come to Seattle, Washington for two full days of playing and streaming. However, fans can expect a little more than just live D&D gameplay.

The organisers have also confirmed that they will be talking about a brand new storyline. Details on this are scarce however but the official blog post does reveal that this new storyline will be releasing in September. This will be kicking off the start of both days so if you miss one day you can just catch up on the other. In addition to this, there will also be news coming from Cryptic Studios about Neverwinter, other campaigns and programs.

After the storyline discussion, the real show will begin. The different streaming teams will begin their quests or share samples of what watchers can expect to see over the next few months. Considering how long a campaign can be, it’s not surprising that all teams won’t be playing through a campaign. However, there are a number of guest streamers attending so plenty of them should be playing the game.

The official blog post suggests that the High Rollers Crew from the Yogscast will be playing a campaign. While the Missclicks show will be investigating strange rumors. The organisers have announced a range of different streamers who will be attending the event:

It’s possible that the organisers will announce that even more streamers will be attending the two day event.

The event takes place on June 2nd and June 3rd next week. The streams have been confirmed to be taking place between 10 AM PT and 10 PM PT for both of those days.