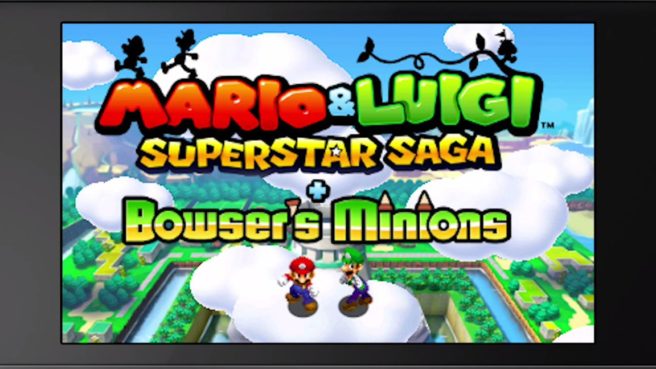 Nintendo previously said that they wouldn’t be announcing all their games during their press conference. Looks like they’ve kept their word as they’ve announced two new 3DS games during the Nintendo Treehouse event.

Both games have been very well received so far and it looks like Nintendo has outdone themselves at E3 this year.

Nintendo is seriously treating us this year. Not just one new Metroid game, there are two. This one is exclusive to the 3DS and the gameplay looks exactly like a classic Metroid game. Fans of this series should be over the moon by the return of Samus which many would say is well overdue.

As a huge bonus, the Treehouse event had a nice look at the gameplay in the upcoming game.

Metroid: Samus Returns will be launching this year on September 15th.

Nintendo is bringing another classic series back to life this year. Mario & Luigi returns in a brand new adventure to restore Princess Peach’s voice. Players will control both Mario & Luigi at the same time while also being able to recruit ‘minions’ to help them on the quest.

The company also took the time to showcase the gameplay for this upcoming game also.

The new Mario & Luigi game will be releasing later this year on October 6th.

So far, Nintendo has only announced these two new games for the Nintendo 3DS. It’s thought that the company will have more to show later this week including new gameplay footage of these two games. We will be sure to provide you with regular updates as we learn more about the 3DS lineup and if we learn about any new Nintendo Switch games.