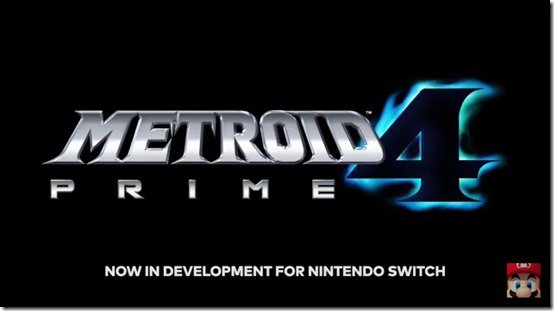 Nintendo’s main conference has just ended and the developer blew it out of the water with a large number of new game announcements which fans have been asking for. However, Nintendo didn’t really talk about these upcoming games so we don’t know much about them right now.

This game will be releasing this year for the Holiday season. There is no release date right now however.

The video confirms that the game will feature co-op however, it won’t be releasing this year. Kirby will be coming some time in 2018.

We didn’t get any actual details on this but Nintendo has confirmed that this game is coming. During the conference it was stated that it will be coming in at least one years time so we all have something to look forwards to for E3 next year.

It’s official, there’s a new Metroid game! However, we didn’t see any gameplay footage for this. All we know is that this game is currently in development for the Nintendo Switch. Hopefully Nintendo will be revealing this game soon.

The Nintendo Switch is getting a Yoshi game! The new game will be coming in 2018 however, we don’t have an exact release date just yet.

Not only is there a new Kirby, Yoshi and Metroid but there’s also a new Fire Emblem game! Fire Emblem Warriors will be coming out later this year in the Fall. A release date for it should be coming very soon.

The Legend of Zelda: Breath of the Wild – Expansion pass

It’s been confirmed that Rocket League for the Switch will feature cross-network gameplay however, it wasn’t really explained. Hopefully we’ll hear more about this at a later date.

We have a release date. This new Mario game will be releasing on October 27th.

Nintendo will be making more announcements during E3 at their Treehouse event. Stay tuned for the latest information from the Nintendo event!