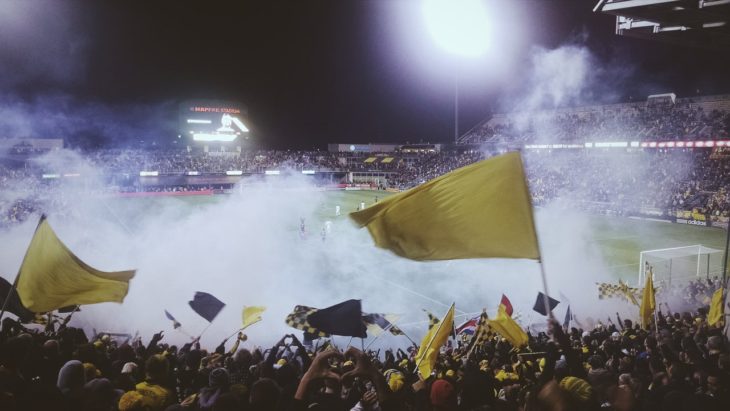 A new esports league is on the block – welcome eMLS, that partnership between FIFA and Major League Soccer. Esports is dominating video game news this week with the inaugural Overwatch League match and now the eMLS. FIFA’s partnership with MLS to launch the eMLS means that FIFA will be coming to esports.

It might seem a natural fit, but esports using sports video games are actually rare. There are probably a bunch of reasons for that.  Reasons beyond the scope of this article but most prominent among them probably being licensing issues. Another major factor is probably the competition with real life sporting events. Would you rather watch the esports Madden Super Bowl or the actual Super Bowl, for example?

However, this year should be a change in the fortunes of sporting games as esports platforms.

Esports and sports join together for the big time?

One thing that is helping legitimize esports using sporting games is the launch of the NBA 2K League this year. In addition, FIFA’s signing off on this gives eMLS the blessing to launch with a major sports franchise. And it all makes perfect sense when you think about it. FIFA is probably one of the world’s most popular videogames. Every year, FIFA sells millions of copies and is beloved by many.

A real money maker for publisher EA, bringing FIFA to esports might seem a natural extension of the brand. Having FIFA join the likes of Star Craft, Overwatch, and others might bring new people into the fold. After all, it’s not an isolated phenomenon that Overwatch’s popularity has soared as it is more prevalent in other media.

The first year of the eMLS will feature the following teams:

Teams not joining in on the fun are Atlanta United FC, D.C. United, Real Salt Lake, and the new Los Angeles FC.

The eMLS is wasting no time launching either – it’s first event will be at PAX Boston in April 2018.

The event, known as the eMLS Cup, will be a qualifying match for the Global Series Playoffs in August 2018.

There will also be more local matches for eMLS qualifying to identify the best players. Though there is no schedule for these yet, it is believed that they will be released soon. The league will also detail the official league structure and regulations in the coming weeks.

Speaking about the eMLS launch, MLS Business Ventures President and Managing Director Gary Stevenson said: “This step forward into competitive gaming is a key component in our partnership with EA Sports to promote deeper engagement and connections between MLS supporters and millions of FIFA players around the world.”

It will be interesting to see how gamers take to the new eMLS league with FIFA. As stated before, FIFA is one of the most popular sports games in the world. It is often popular among people who don’t even play sports games.
A major FIFA esports scene would be quite something to behold.

Whether or not this kind of game draws esports crowds is probably all that will matter in the end, however, as the industry becomes increasingly monetized.