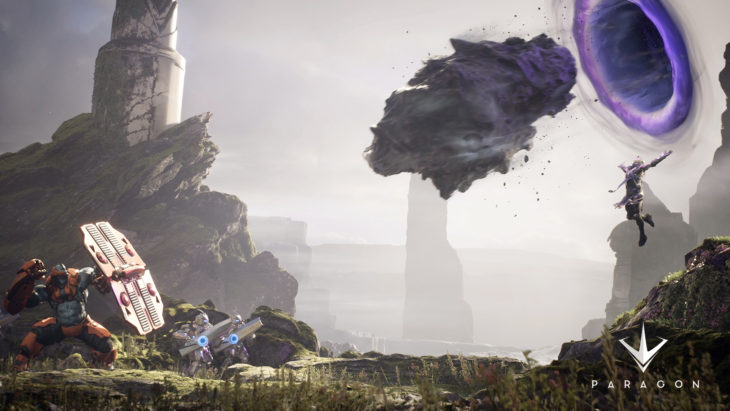 It seems like only yesterday that battle arenas were the next big thing in videogames. Boy how times have changed and how quickly.

One prominent example of this is Epic Games’ recent announcement that they were shuttering their battle arena shooter Paragon. Paragon was a game that failed to ignite with audiences to quite the degree the publisher had hoped.

In a very munificent move, Epic is refunding purchases made within Paragon prior to closing it down. Normally, such a colossal failure would be cause for concern but Epic’s runaway success in Fortnite has allayed any worries the publisher is facing a grim future.

The rise of Fortnite

Fortnite, a PlayerUnknown Battlegrounds battle-royal style game, is an absolute sensation among gamers. Boasting 45 million players across multiple platforms, Fortnite is one of the most popular games in the world as of press.

So Epic has its hands full at the moment.

But Fortnite’s rise and Paragon’s fall is an interesting bit of anecdotal evidence of how quickly trends come and go in videogames. Also it is evidence of how powerful a first-mover advantage can be in the gaming space.

The figurative writing was on the wall for Paragon when Epic admitted it was pulling people off of the game and putting them on to Fortnite to help that game with its explosive success.

The company’s message to gamers regarding the closure was posted on the game’s blog. The post read in part: ““We truly appreciate everything you’ve put into Paragon. We received many passionate ideas for where to take the game; the outpouring of thoughtful suggestions is another testament to this incredible community…After careful consideration, and many difficult internal debates, we feel there isn’t a clear path for us to grow Paragon into a battle arena game that retains enough players to be sustainable. We didn’t execute well enough to deliver on the promise of Paragon. We have failed you — despite the team’s incredibly hard work — and we’re sorry.”

Getting a refund from Paragon

Instructions on how to receive a refund for in-game purchases can be found at the following link.

One bright spot to the failure of Paragon and another benefit of the success of Fortnite is this is one closure that is not also accompanied by a round of massive layoffs as Forbes points out.

The game will continue to run until April 26 but the team says that, as player number decrease, any gamers remaining can expect degraded quality of service and gameplay. As a battle arena game relies purely upon numbers to keep the matches fresh, a decrease in the overall number of players will lead to a fall in the quality and quantity of players remaining – a sad math that every dying online game faces at some point.

It will interesting to see what other genres are impacted by the rise of the ubiquitous battle-royale genre. The genre is a segment that shows no signs of slowing down in terms of growth. And with PUBG’s multi-platform status, the sky is seemingly the limit for the name brand game in the genre.

As one segment grows another withers, or Paragon could be a completely isolated case. One thing for sure is that you don’t hear about the collapse of the pioneer games until long after the rest have shuttered. Perhaps that is something developers should consider prior to making a clone of a popular gameplay format. Tl;dr originality may be more lucrative in the long run than copying what’s currently popular. But I’m no mathematician – that’s a question business analysts are way more equipped to decide.