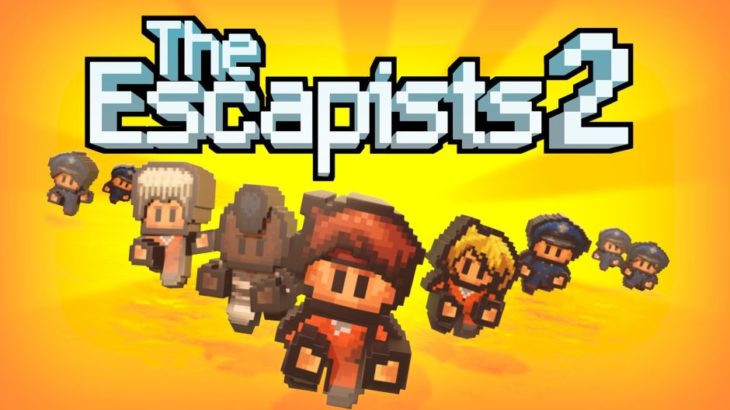 It’s official, The Escapists 2 has an official release date. The sequel to the hit sandbox prison game will be releasing later this year in August. The game was first announced last year and to match the release date announcement, a new trailer has also been published.

The Escapists 2 will be releasing on August 22nd this year. The game will feature 10 brand new prisons which include a moving train, a frost fort and also outer space. There’s a whole new range of settings for players to try and overcome. Unlike the first game, these missions can be played either solo or players can work with other players to escape.

The game will allow players to drop in and out of local and online play. So that players can plan escapes with each other or only join for the actual escape attempt. This can be done by joining a game at the start or jumping into an in-progress game. It’s uncertain exactly how this works but it’s assumed that player need to manually put their game online.

It’s also been promised that the game will feature a brand new combat system. However, we don’t know anything about this just yet. Hopefully the developer will unveil this new combat system soon. In addition to this, there are a range of new craftable items including a home-made taser gun which is used to knock out guards.

Anyone who pre-orders the game will receive an additional prison called “The Glorious Regime”. This prison was featured in the above trailer and certainly looks unique.

The Escapists 2 will be releasing for PC, PS4, Xbox One and the Nintendo Switch. However, the Switch version will be coming at a later date. There is currently no release date for this version but the developer has confirmed it’s in the works.

Those on PC, PS4 and Xbox One will be able to purchase the game for $20 once it’s released.