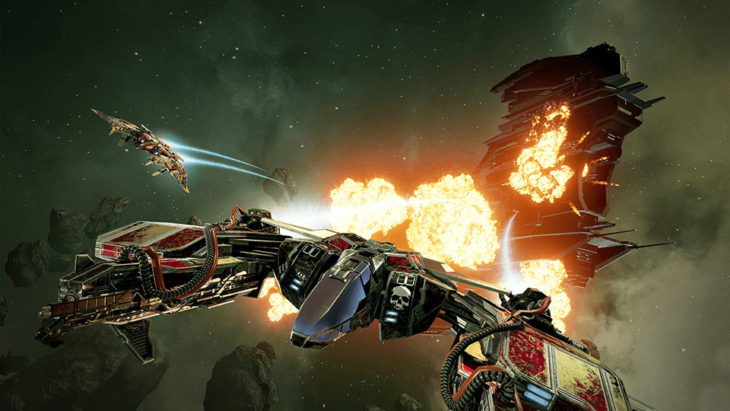 Developer CCP has revealed that they have big plans for the Eve Online spin-off game, Eve: Valkyrie. The game will be getting a full overall and the developers have also made a surprising announcement. It will be dropping VR exclusivity.

The new expansion is called “Warzone” and will be coming with a large number of tweaks for players to enjoy. The biggest change will be the ability to play the game on standard 2D screens in addition to VR. So a much wider audience will be able to play this game as a result. In addition to this, there will be cross-play between VR and non-VR players of the game. It’s currently uncertain if one side will have an unfair advantage over the other but we’ll find out relatively soon.

No matter what sort of screen people play on, they will all benefit from the following changes and improvements:

Warzone will be coming as a free expansion for all Eve: Valkyrie owners. The expansion is coming later this year on September 26th and to match the release of the expansion, the developers are selling it at a discounted price. Which is perfect for those without VR and never picked up the game on PC or PS4.