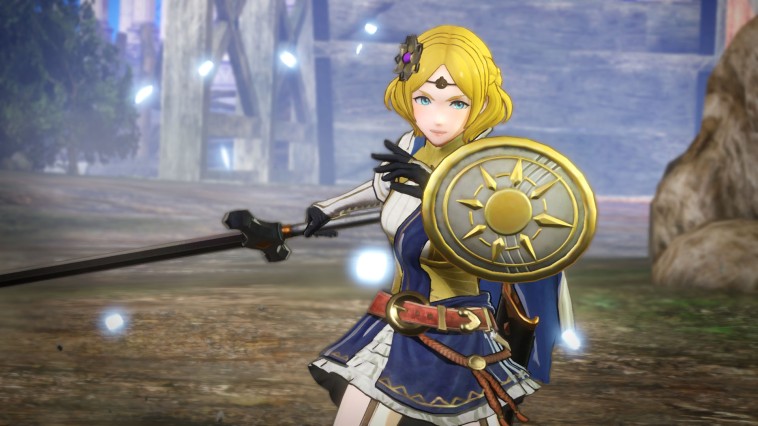 The royal twins of Aytolis must fight for everything they know

The Nintendo Switch has had a fairly decent launch year thus far, but what has held the console back (even as slightly as it may be) are well-known, worth-while titles, such as Breath of the Wild. Not many other head-turners have graced the console this year, leaving a long line of excellent exclusives but nothing we haven’t seen from the mighty “N” in recent memory. The same could be said for the latest original Nintendo franchise release in, Fire Emblem Warriors, but this new entry brings an exclusive that many “on-the-fence” players needed to reassure the Switch’s line-up is anything but lackluster.

Warriors opens up with the player choosing one of the two twin siblings – Lianna and Rowan – of the royal family in the kingdom of Aytolis. After an onslaught of enemies raid your kingdom, you stay by the promise you gave to your weary mother, which – through a series of twists and events, turns into something much bigger. Throughout your travels, you will encounter a huge cast of characters all playing an important role in, not only the narrative, but in combat as well.

The main attraction in the acclaimed Fire Emblem/Dynasty Warriors combination is the tremendous amount of enemy waves to fend off with your hack ‘n’ slash abilities. The combat makes no effort to downsize itself, while graciously sticking with its tactical efforts in the latest installment of the series – Warriors – throwing tons of enemies at the toes of the party dedicated to finishing off evil.

The game has the player run through a variety of different scenarios all with their own stage of quests and accomplishments. Each map has a different layout, but most stay pretty familiar in terms of pathways and density. Thousands of enemy forces march against Rowan, Lianna and the rest of the crew as they slash their way through the map. Taking over enemy forces and outposts, protecting innocent civilians from perishing in battle, or perhaps tracking down enemy messengers to in able more reinforcements from showing up, are just a few examples of sub missions found throughout the maps.

On top of rapid swinging combat, knocking out sub missions or taking over every fortress on the map, main objectives are what wraps the entire level up. Typically a boss fight (or multiple), you’ll need to use your wits, as well as your reflexes, as most boss encounters require certain fighting styles and weapon use to be defeated easier than others. This is where the combat system tends to open up a bit more in Warriors.

Various combat skills throughout the cast of Warriors

Every enemy has their strengths and weaknesses when it comes to battles. The typical triangle of weapon strengths/weaknesses apply to combat where swords overpower axes, axes over power lances, but lances overpower swords. Taking this into effect, players may then use what sets the Fire Emblem series apart from other hack ‘n’ slash RPGs. Using the map, you are able to change enemy targets for each ally, paying close attention to which ally matches up best against the many hordes of enemies in each stage. This method becomes increasingly more efficient as the battles become more hectic and challenging.

Also changing the course of the battle are the various types of weapons found in the game, which may only be equipped before the missions is started. Knowing what you’ll be up against, which types of enemies, how many and which allies will be accompanying you all help decide not only your equipment layout, but how to tackle the scenario. From the missions start screen all of the important battle tactics are available at your hand, taking a heavy dose of strategy to keep this action RPG lively and diverse.

Player attacks come in a variety of different forms, from the standard hack ‘n’ slash approach with the two main attack buttons – one light, one heavy attack – as well as the useful dodge and sprint buttons. Mashing these buttons in correct sequence give the characters unrelenting combo attacks, wiping out dozens of enemies at a time. Other satisfying combat tricks are the mighty Warrior Special skill, and the Awakening power up.

Warrior Special skills are unique abilities that do massive damage against any opponents standing in your way. The meter fills up gradually during combat after enemies have been defeated, with each playable character having their own unique attack. As you advance further into the story mode and Crest Market, you’ll soon have the ability to obtain multiple Weapon Special at once. This method helps unleash one overwhelming attack after another, wiping out huge sections of the map altogether.

The Awakening mode is activated by a meter that fills during combat as well, but instead of unleashing one massive attack, the player powers up and deals larger amounts of damage for a limited time. The duration of this powerful enhancement is determined by how large the meter is. The meter is filled by attacking when at an advantage, or by picking up blue tonics scattered across the battle map. This skill is a true game changer and can mean life or death in drastic situations. Upon reaching the end of the Awakening meter, the player then unleashes a devastating attack dealing massive amounts of damage to enemies around them.

Throughout the course of missions you will be notified about new sub-missions to undertake. Most are exclusive to whichever mission you’re currently completing, usually related to the main objective at hand. However, there are other tasks that may pop up due to accomplishments set in each stage. The mysterious merchant, Anna, is one of those very tasks, offering a piece of a memento once finding her. Anna will only appear though, after certain tasks have been completed in each level, typically defeating a certain number of enemies in each mission.

When collected, these memento pieces may provide additional assets for future combat, such as unlocking more blessings for strengthening weapons and other equipment. Materials can also be found during battle after defeating hordes of enemies. These materials are then taken to the Smithy shop before the start of a mission. From there, players are able to reforge weapons by taking powerful attributes from one weapon and placing it into another, as well as remove attributes. Appraising weapons is a useful tactic in which act as sort of unlocking attributes found in weapons, enhancing the weapon further. And of course the option to sell weapons is always there to take advantage of extra gold.

Also found in the Camp menu before the mission start screen is the valuable Crest Market. This is how all of your allies become stronger and learn new abilities in combat. Distinguished between three different crest classes which are available to upgrade are, Attack, Defense and Boost crests. Using the materials you’ve earn in battle, you will then upgrade to more combos, longer Awakening meters, multiple Warrior Special meters, more health options and the ability to wield more powerful weapons. This is an important feature in keeping up with the growing strength of enemies the farther you dive into the story mode.

Creating bonds with characters is also an increasing factor in Warriors. Fighting and defeating enemies alongside one another, or using the unique “Pair” technique to combine the powers of two fighters into one are useful for increasing the relationship between two characters. On top of combat bonuses for leveling those bonds during battle, extra dialogue and further back story is unlocked when increasing a bond to a score of A or higher with two particular characters.

A story that plunges the player into a fantasy realm full of separate worlds colliding in the face of evil, nonstop combat action with a variety of diverse and satisfying skills, tons of character development and bonds to increase giving more knowledge about the perfect combination of the Warriors and Fire Emblem universes which await in the latest release from the franchise. Fire Emblem Warriors sticks to what has made the series such a fan favorite over the years, and completely delivers a fast-paced AAA hack ‘n’ slash RPG to a console still showing off what it can do in its launch year.

For a charming and adventurous title bringing slick battle mechanics, strategic tactics and eye-catching visuals, Fire Emblem Warriors is a breath of fresh air for those nearing a somewhat stale past couple of months for fellow Switch owners. Find fire Emblem Warriors available everywhere now on the Nintendo Switch and 3DS consoles.