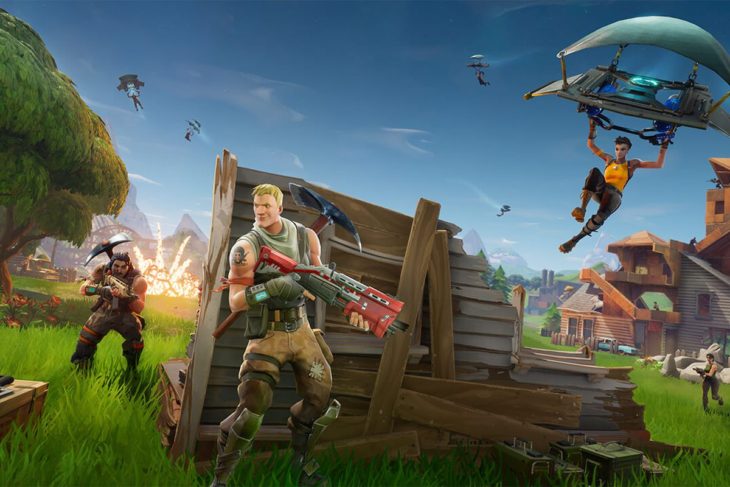 How To Continue The Dominating Performance

Unless you’ve been living under a rock for the last year, it’s no secret that battle royale has become the go-to genre in multiplayer gaming. There’s plenty to like about the massively successful online mode, but it’s not all perfect. Games like Fortnite and Black Ops 4 nail certain aspects of the every man for themselves competition, but there still seems to be some holes in the formula.

That being said, let’s take a look at what could help take the genre leading Fortnite Battle Royale experience to the next level of online competition.

While the colossal map featured in the free-to-play mode found in Fortnite is brimming with opportunity through every searched building, if you’ve spent countless hours surviving the trek then it might start to feel a bit hollow. At first, the many different locations, freedom to build barricades around you and your squad mates, and random loot drops all help the Fortnite map feel fresh with every game. It’s not until after dozens, possibly hundreds, of games later that the experience starts to feel more like a routine pit stop, and less like a unique online competition.

Understandably, there’s a lot going on in the massive map of Fortnite to keep a tight lot of players fully engaged from game to game; and that’s been a solid foundation for the popular multiplayer game. But, adding even only one or two new extensive maps could not only help diversify the experience, but also keep returning players on their toes so they don’t adapt as quickly as they would with only one playable area.

Sure, adding more maps would undoubtedly take more man-power, developer time and resources, but as the top earning free-to-play game by far – I think a well-deserved map expansion could keep Fortnite at the top; at least for a little while longer.

There’s nothing worse than hopping into a game that’s been all over the entertainment world in hopes of discovering why everyone has jumped on board, only to be wiped clean after the first player encounter; again and again and again. While the idea of a 100 player free-for-all is appealing even to the most casual competitive gamer, it begins to be a continuous string of frustrating let-downs when you’re an amateur noob being taken advantage of by a lobby full of veterans.

Most PvP multiplayer titles offer up a global ranking system which, not only allows players of specific stats and winning criteria to pair up with others in the same category, but helps even out the playing field all around. Allowing new players to dive into a match where every other player in the field is (at least) close to their own skill level could help keep some newcomers around a lot longer than the first half-dozen losses due to countless encounters with an overactive BR veteran.

Fortnite experts could also benefit from a ranking system, as it would pit them against fellow royale specialists making for a much more rewarding experience. Honestly, it’s a bit surprising how there hasn’t been some sort of ranking system to help separate the wheat from the chaff. Hopefully, if the mega-hit BR title doesn’t receive one in its current Early Access phase we’ll likely see one in the full release; whenever that may be.

The standard battle royale mode has been wildly successful and brings an already unique PvP experience to the multiplayer realm. The sprawling competition is full of engaging gunplay and survival mechanics that excitingly blends multiple genres into one massive event. This standard method of the exceedingly popular online contest is perfect for being introduced to the genre and acts as a catalyst to propel players into the often overwhelming every man for themselves experience.

Other modes help liven up Fortnite’s battle royale mode, such as pairing up with a partner or team in duos or squad modes, or even other more time sensitive modes like Gauntlet or the team based 50v50 help to keep things lively. Players could also utilize the massive open world in the recently added Playground mode to explore, battle and build in a small lobby of up to four players. These additional modes are excellent ways to shake up the traditional battle royale experience, but it still doesn’t feel like enough.

Gauntlet had an interesting concept that held the genre in a world of its own, taking the last man standing approach to an entirely different level. Adding unique weapon playstyles like “pistols only” or “melee only” could see interesting results, or even more absurd and chaotic experiments such as only rocket launchers, grenades only or more super powers rewarded to one random player, similar to Gauntlet. While we’ve seen a fair share of added bonus modes, making more unique matches would help ease some of the repetition from the BR mode itself.

Fortnite Battle Royale is continuing its dominance on the world, and it doesn’t seem to be letting up anytime soon. However, that doesn’t mean Epic shouldn’t expand on the premise and create a better experience for everyone taking the plunge into the world of every man for themselves competition.