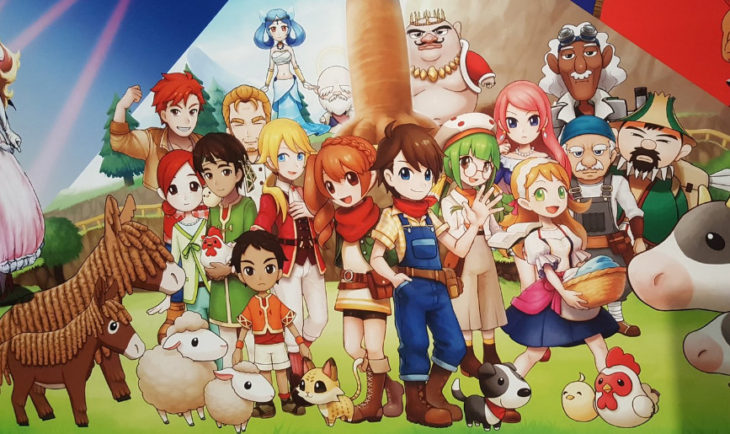 The ever-so popular farming and life simulator for the Nintendo 3DS, Harvest Moon: Skytree Village, has a major overhaul starting ASAP. Four new DLC packs loaded with tons of new content are giving players more to play with since the last DLC released in January.

The new-aged Harvest Moon games have gained increased playability and more options to keep things feeling fresh throughout the series. With continued DLC support from Natsume, Inc. and Rising Star Games, four more content packages are now available, two being free of charge and two at a fair price. The two free packs are decoration and customization items, while the two paid packs brings two new characters into the mix, a new bachelorette and a new bachelor.

Skytree Village sets players on a journey to return the lands to the lush and green ways of the past by growing crops and other forms of farming. Giving the player the option to start as a boy or girl and find an appropriate mate to get hitched and start a family of their own, Skytree Village is full of new characters keeping the story completely new. Cultivating and harvesting as much land as possible is big, so custom terraforming is available to mold the land exactly how you want it. In a town full of unique and charismatic characters, exciting new fishing mechanics and plenty of flowers and new crops to discover, Harvest Moon: Skytree Village just keeps on giving.

The paid DLC’s bring a little more to the table with each pack releasing a new bachelor/bachelorette, creating a new experience with the marriage options. Nova, the female companion was raised in the underground mines of the Underworld Kingdom by her Human father and Gorgon mother, regular life in the Harvest Goddess universe is far from the norm for her. It’s your duty as a loving partner to help her adapt.

The second new marriageable character is the male partner, the grand mage Edmond. Trainer of Tabitha and Gareth, this calm mage returns to the land, but his reasons why are a bit more of a mystery. Catch both of the new characters stories in these affordable DLCs available now.

With more reasons to pick back up the newest entry to the Harvest Moon saga, these new DLCs are sure to give players more interesting farming experiences on the 3DS consoles.