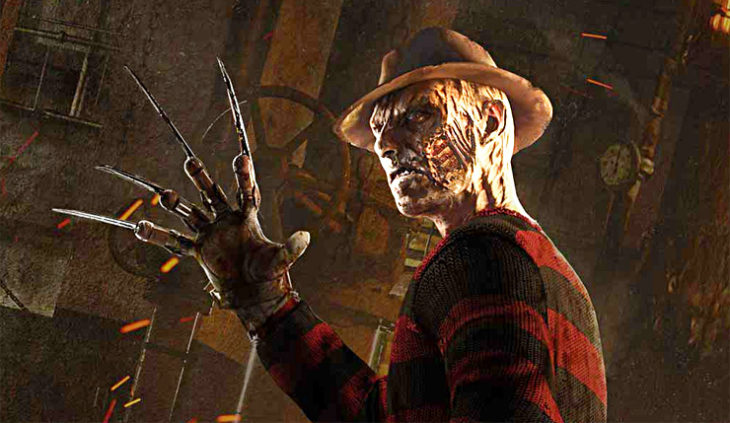 There are now three licensed killers in Dead by Daylight. Freddy, Michael and Leatherface. Each one is unique and adds their own twist to the gameplay but which one is the best to play with? Each of these killers are powerful in their own right and command respect from Horror movie fans. They now also command respect from gamers thanks to their additions to the asymmetrical horror game, Dead by Daylight. Let’s take a look at them.

The ‘weakest’ of the bunch is probably Leatherface. One of the original killers, Hillybilly, was most likely based on him and uses a chainsaw. So another chainsaw killer kind of subtracts a little from the game. However, he has the unique ability that allows him to cut through several survivors in a single hit. Something unique to only him. So while he does stand out a little, compared to the other two licensed killers, he’s actually pretty weak.

Michael Myers. The Shape. The man who walks around with a knife stabbing people. Unlike most other killers, he doesn’t have the standard terror radius which allows him to stand there watching while he builds up his special meter. Once levelled up, he’s able to down survivors in a single hit. Making him a powerful killer and difficult to deal with.

Freddy is the newest killer in Dead by Daylight. He brings an incredibly unique ability to the game which completely changes how rounds are played. As a result, he could be the best licensed killer in the game. But, as he’s brand new there hasn’t been enough time to check him out fully. Plus there might be a few issues we don’t know about yet.

Which licensed killer is your favourite in Dead by Daylight? Who do you think would win in a fight? Let us know your thoughts!