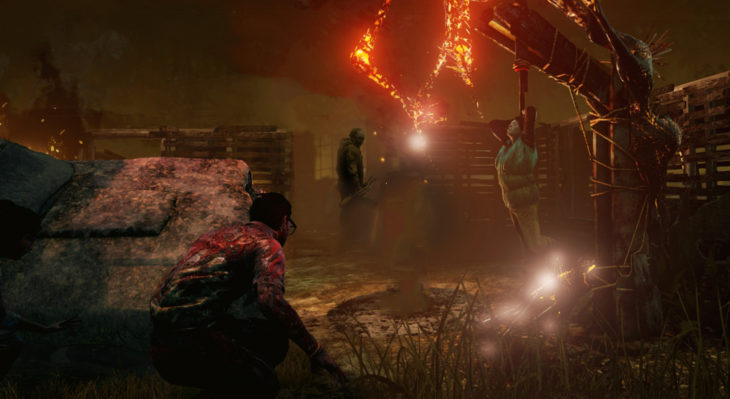 The narrative basically explains what the game is about. It’s not quite the plot as it’s not as in-depth and is the very basic explanation of the game. You would expect this to matter somewhat then as you can’t have a game without a basic narrative right? Well, this could be debatable.

Some games don’t have a narrative that makes a lot of sense. Look at Dead by Daylight. It’s about a group of survivors who get stuck in a certain area with a supernatural killer. It doesn’t make too much sense yet this is an incredibly popular game. Why? Because of the gameplay and the unique twist it places on multiplayer survival horror. Friday the 13th: The Game has a much better narrative. Plus, the narrative in the Friday the 13th game is much more familiar to gamers so it has a nostalgic element to it.  However, it’s arguable that the game just isn’t as popular.

Dead by Daylight is just one example but there are many other games. Even the recently released Splatoon 2 could be argued has having a very weak narrative, the entire point of the game is to cover the floor with ink and complete missions or objectives depending on the mode you’re playing. This doesn’t stop the game from being amazing however, just check out our review from last week.

Despite this, games with a strong narrative can also very popular. Portal 2 is an amazing co-op game which is supported by a strong narrative thanks to the single player mode. As a result, people are still playing this game six years after it was released. While PlayerUnknown’s Battlegrounds has next to no plot, the narrative is very straightforwards which suits this style of game perfectly.

The point I’m trying to make is that, not all multiplayer games need a strong narrative. It’s very possible to create an amazing game with next to no explanation as to why you need to do these things in the game.

What are your thoughts on this? Do multiplayer games need a strong narrative to become successful or mainstream?