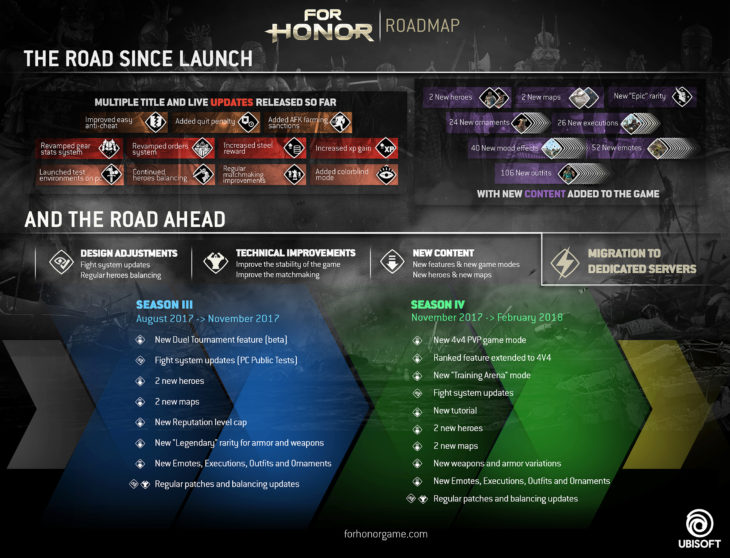 For Honor is one of those games with a huge amount of potential but its popularity is going downhill. Almost to the point that some gamers are calling the game “dead”. As a result, the game is clearly failing but this doesn’t have to be the end of the line. Ubisoft can still turn it around and save the game, just like they did with The Division.

The players of this game clearly care a lot about it. They initially planned to hold a Blackout where no one played the game for 24 hours. However, they ended up going with a “Whiteout” where players all logged in to play at the same time. All of this was in an effort to get the developer to address the problems in the game.

We’ve already covered the different ways you can save a failing video game. This time we’ll be looking at a specific game. The developers are already starting to listen to the community to try and fix the game.  A huge re-vamp is coming to the game in the near future which is great to see. The question is whether or not these changes are coming too late to save the game.

For Honor hasn’t had dedicated servers since it was first launched earlier this year. Players have been calling for them ever since the game first launched. It looks like Ubisoft is finally doing what players have been asking for as the game will be getting dedicated servers. However, this could take several months to come into action. This should fix the disconnection issues that plague the game and have been a huge problem since launch day.

While this is certainly good news, there’s more news. The developers will be adding new gamemodes including tournament (ranked) modes for players to play through. This will include a new 4v4 PvP mode which should be a nice change of pace from Dominion.

The image below displays the planned changes for the game as it approaches it’s one year anniversary in February 2018.

Clearly Ubisoft is determined to try and fix the problems in For Honor. But do these fixes come to late? Some players believe so and considering the reports stating the game had lost 95% of it’s playerbase on Steam, it’s easy to see why.

Now that Ubisoft is listening to it’s players, the game actually may get a second chance. However, we’ll have to wait and see what happens.