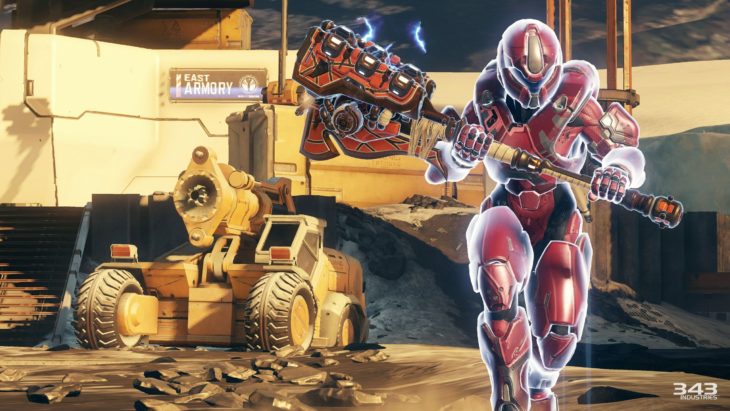 Developer 343 Industries has announced that Halo 5 is losing one of its multiplayer playlists with week. The announcement was made in their weekly blog post which also provides the reasons behind this decision.

“It’s never fun to take away something that players (even if it’s a relatively small group) have become accustomed to and it’s not something the team takes lightly, but sometimes it’s unavoidable,” states 343 industries. While this is sad news for some players, some will be pleased by the decision. The developer does say that they’re looking to include the maps and modes in other playlists. So all hope is not lost.

The Team Skirmish mode will be removed next Thursday on August 3rd. This gives players just over one more week with the modes within the gametype.

The blog post explains that “player trends and preferences ebb and flow” so it’s only natural that the playlists should also to match these trends. This usually results in changes to the matchmaking system. In other times, a playlist can struggle to maintain a healthy population. As a result, it doesn’t hit the quality level that the developer is aiming for with Halo 5: Guardians. It’s also “become clear that the player experience” in Team Arena and HCS will suffer. And it looks like Team Skirmish is the one in the chopping block.

It’s sad to see the removal of this gamemode. However, it’s great to see that 343 Industries is still dedicated to the game.