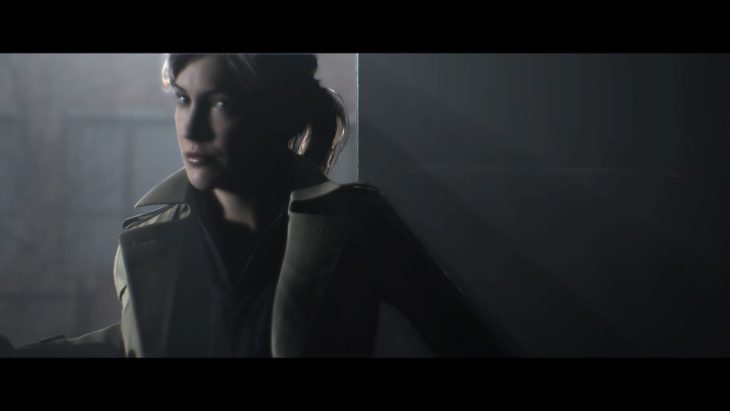 Solving the mysterious case of The Trapper

Supermassive Games hit their stride with the astounding survival title in 2015, Until Dawn. Giving players tough decisions that have the capability to drastically change the outcome of the story is something that other areas of the gaming industry have adopted, but not to the extent of the fine work of cinematic beauty brought to life by the British development team. Their newly released detective based PS4 Playlink title – Hidden Agenda – is giving players less story, but more control over the outcome.

First off, let me be completely clear about how players interact with Supermassive’s latest release, Hidden Agenda. There is absolutely no Dualshock 4 controller used to play the title. Players use their smart devices, i.e. touchscreen phones and tablets by connecting the Hidden Agenda Playlink App. The idea behind Playlink is to allow multiple players to interact with the game by making decisions and helping decide what happens next in the game. The benefit is no extra controllers (just assuming everyone interested in the game has a smart phone or tablet) which allows folks who normally wouldn’t dabble in gaming a chance to partake in a unique gaming experience.

At first, I became irritated by this forceful use of Sony’s latest technology. What if a player doesn’t own a smart phone or tablet (I know, in todays modern era that may not be as common as I want to believe), or, god forbid, someone has a full storage with no room for the app? Another thought, is why even include a touchpad on the PS4 controller if it’s not going to be utilized the same way a touch screen can be utilized? Will there ever be an update where Dualshock 4 controllers may be used to experience this narrative driven thriller? Probably not. With these thoughts screaming through my agitated brain, I broke down and started downloading the Playlink app on my smart phone. Let’s get started.

The unique play style of Hidden Agenda is casual enough for almost anyone to chime in and indulge. There is no controls other than swiping your finger to specific points on your television in dramatic QTE events, searching for clues at crime scenes or engaging in thrilling chase sequences. Dialogue encounters and game changing conversation responses is the other major type of touchscreen swiping gameplay found in this detective story, further altering the story with every decision. In co op mode, each player will make their decision, and the most popular response takes the nod. Also, finding clues at crime scenes and accomplishing quick QTE events in co-op is much simpler with the aid of your local couch partners.

The story begins to unravel relatively early on, as the game itself is made to be played in one sitting. Closer to the length of a movie, Hidden Agenda has a short story, but various paths and outcomes occur upon multiple playthroughs and different decisions in the game. After playing through the game a few different times, some endings will leave players less satisfied than others, providing a burning desire to “get things right” the next time around. Making proper decisions, scavenging for all of the clues within the compact time limit and holding off on that last-minute gun shot can alter the game in different ways. Meeting new characters, gaining new plotlines and altering ripple effects are excellent ways to see the story in a new light.

Detective Becky Marney and district attorney Felicity Graves are investigating the events of The Trapper serial killer case. Rigging victims with deadly traps killing first responders and investigating crews, the case was supposedly closed after the shadowy, Jonathan Finn, confessed to The Trapper murder cases. Years later, Finn is days away from lethal injection and new light has shown itself on the closed case of The Trapper, most notably a murder with the same MO as the crimes of which Jonathan Finn confessed. DA Felicity Graves interrogates Finn with a series of questions, leading the player to multiple outcomes, which dig deeper into the mysterious murder case.

Going back and forth between Graves and Marney hints at different scenarios throughout the story, making every choice and interactive scene vital in turning the tide in the narrative. As the story progresses, new characters will be introduced depending on which decisions you’ve made, often triggering scenarios that only occur when certain events transpire. This helps bring a unique experience to the story passed the first few times you run through Hidden Agenda.

Though there are typically only two choices when in dialogue, the decisions come with heavy repercussions and carry a sense of thrill when making a final conclusion. Finding clues, however, pits players in a room with three hidden items to find which lead the player into different scenarios of the game. The catch is a rather short time limit (around 10 seconds, or so) forces the player to frantically swipe across the screen in search of story altering clues. This wouldn’t be so inhibiting if it weren’t for the fact that every time you discover a clue, your cursor freezes for a couple of seconds, while the timer continues to drop. First timers may grow increasingly frustrated when they scour the crime scenes only to be cut short by a shallow timer. Again, second or third playthroughs will help players scavenge those extra clues, as the locations never change for each clue.

Hidden Agenda provides an excellent and thrilling experience, which can be enjoyed by players of all skill levels. The intuitive technology is off-putting at first (who would rather use a phone than a controller??) but settles in quickly. The game looks astounding with the amount of detail in every scene and every character animation. The motion capture is breathtaking and as realistic as any game to date. Often resembling high-end videography and Hollywood cinema – Supermassive has completely outdone themselves in this perspective.

The many different outcomes and engaging gameplay design make Hidden Agenda well worth the $20 asking price. Perfect for a ‘movie night’ substitute, Supermassive Games provides a unique and thrilling experience from start to finish following the grisly events of The Trapper. Pitting friends against each other in competitive story mode, or working together to solve the serial killer case either cooperatively or alone, Hidden Agenda serves its purpose as an excellent experience only the British developing team can provide, at the same time helping to introduce Sony’s next move in intuitive interactive media.