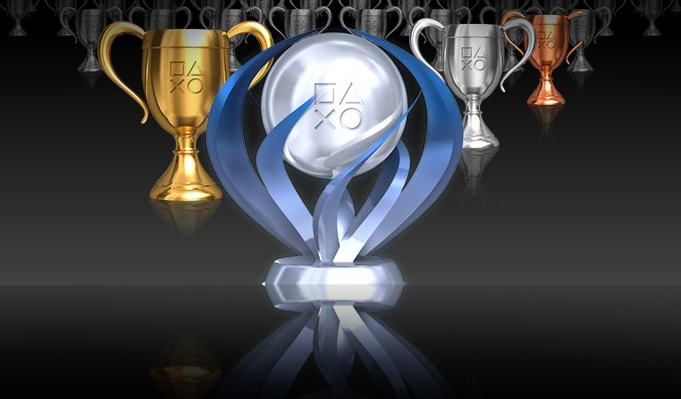 There have been plenty of articles accusing the addictive nature of trophy/achievement hunting and how it can cause certain gamers to “ruin” their experience. While I don’t exactly agree with these accusations, it has dawned on me that sometimes even I need a break from the mental confines of grinding it out for a platinum – and sit back and enjoy the games I’m in the mood to enjoy.

Now, don’t get me wrong. When I do inevitably hear that delightful trophy unlocking chime, I will still get a small dose of electric satisfaction. However, this won’t halt my time with whatever title I may be enjoying to discover what else needs to be accomplished in order to unlock the coveted, mostly meaningless platinum trophy. I cannot entirely claim they serve no purpose whatsoever, but there have been numerous accounts where the grind has personally hindered my enjoyment – allowing my free time to absorb a surreal world to become dangerously taken over by my seemingly unenjoyable trophy OCD.

Everyone Needs A Break At Some Point…Right?

Taking a break from the hunt will allow myself – and whoever else agrees – to focus on why I (we) started gaming in the first place. For me, it’s because I wanted to experience a gripping story that allows a break from the confines of reality, explore a vast and colorful world brimming with one surprise after another, or meet an unforgettable cast of charismatic characters. Trophies/achievements are a great way to add to your playtime, showcase the massive amount of games you’ve played and what you’ve accomplished over the years, but for me, the hunt came with a price.

Without the mental blockage of needing to earn that precious platinum, I’ve allowed myself to dive back into old games that I’ve already conquered, enjoy a title where unlocking the entire trophy list seemed impossible or out of the question, and, most importantly, get back to enjoying the title for what it is, and not focus on the digital trophy collection. And as if my initial gaming backlog wasn’t bad enough, I don’t need a secondary list for the “games I need to platinum” category, either.

Related: The Next 3 Months Will Ruin My Social Life

While the thrill and immediate gratification upon completing a game’s meticulously planned trophy list does in fact leave me ultimately satisfied for a short period, there’s nothing quite like becoming completely immersed in an experience because it’s something you’re craving. Often I would find myself booting up a game for the sole reason of finishing off the remainder of the trophy list, instead of enjoying the title that may be peaking my interest at the time. In my mind, crossing out that platinum that has been pestering me for so long was more important than appreciating the beauty and grandeur that was happening right before my eyes. And while many platinum trophies may have led me to certain games, they’ve also kept me from enjoying so many more.

I love my Switch and 2DS XL, and in the short amount of time I’ve had them I’ve acquired a solid library of exclusive titles. As you may know, Nintendo doesn’t currently have an achievement system in place, so tearing myself away from my hard-earned trophy collection was becoming more of a chore, on the simple basis that “if I was playing on Nintendo, I wouldn’t be earning any trophies”. In retrospect, it’s such a silly conclusion to come to as to why one should keep themselves from enjoying a specific title on a particular system. If the game is there, and you’re in the mood – then play it.

Getting Back To What Brought Me Here

Throughout the course of ten years I’ve dedicated much of my gaming to collecting as many trophies (platinum or not) from as many games as possible. Now, entering my thirties, I’ve realized that I have slowly drifted away from what initially drew me into interactive entertainment, and my fondness for the medium became centered around my digital collection. Sure, I’ve explored areas I probably never would have come across because a trophy lead me there. Or, maybe I played through a game I normally wouldn’t have tried because I was interested in the trophy list that backed it up. However, now I feel I’ve gotten so far ingrained in hunting trophy after trophy that I fear my gaming habits may turn into everything I hate about the practice.

So, maybe it’s time to let go of the digital trophy/achievement collection and get back to utilizing my free time the way I use to. Obviously, one cannot delete such collections – nor would I want to – but perhaps I will take the next step in trophy hunting rehabilitation and turn off the notification itself. Who’s to say if this is a permanent action for the remainder of my gaming life or not. That is something that simply cannot be declared at this time; but I certainly need a break from the fuss.