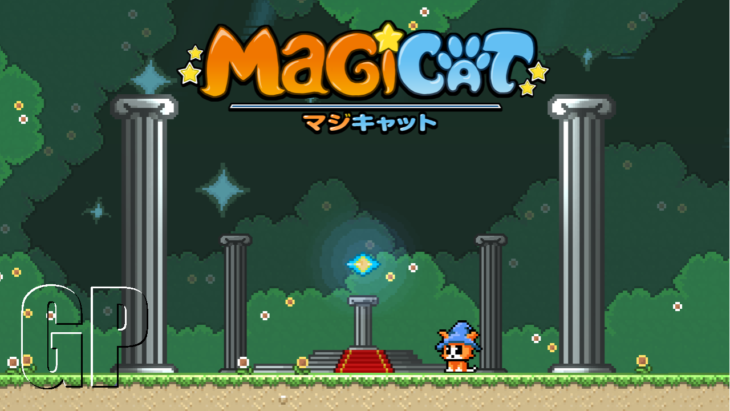 Side scrollers and 2D platformers are a joy to play, and thankfully, indie developers continue to deliver one after another. Solo developer from Indonesia, Kucing Rembes, brings another indie title to grace the retro-style genre, MagiCat, and it’s set to release at the end of August.

Climbing up fences, jumping and collecting coins like an original retro classic, leaping across platforms through creative worlds set in the themes of space, forests, castles and frozen tundras, you’ll take control of a magical feline adventurer with tactful skills. Explore a huge map full of a ton of areas and secrets to explore in a hidden, all set to vintage, bit-style music.

Taking players on an adventurous quest to find and retrieve an ancient artifact, you’ll jump, shoot and solve puzzles all the way through an exciting and nostalgic filled retro-era journey. Different powers will aid you on your quest, making good use of the imaginative world in the MagiCat universe.

Powers like dashing, high jump and fireball attacks are important abilities used throughout the 63 level game, giving players a consistent, yet addictive playstyle. As you make your way through the game, various items are also earned adding bonus skills and abilities to your arsenal.

Beautiful and artistic level design is scattered across seven imaginative worlds, leading your through a memorable journey. A gracious learning curve is set, inviting players of all skill levels to join in on the fun. Pixelated graphics and vibrant color schemes give MagiCat a sense of creativeness and enjoyable themes across the various levels and worlds.

Regaining the lost relic will be no easy feat, but with the useful abilities and honing your platforming skills, the world of MagiCat will bring an epic journey to your fingertips. Set to release on Windows PC and Mac on Steam, look for MagiCat to hit on August 22nd.