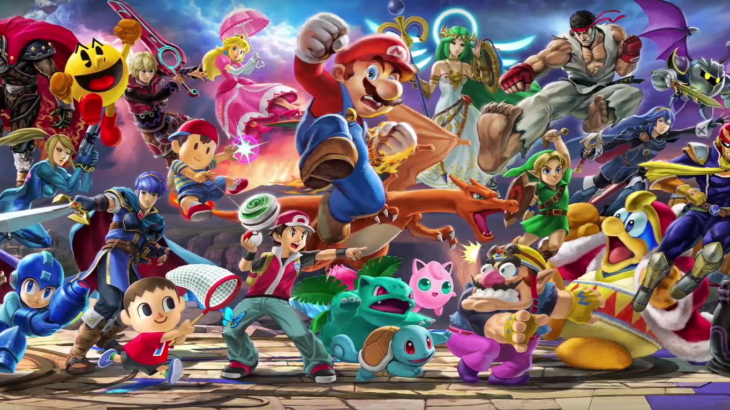 Ease Off During The Holidays

We’re square in the middle of the holiday season and the floodgates of new game releases has been waterboarding us for months. Every year it never fails: one massive release after another, ceasing to let up until the majority of the gaming crowd is backlogged throughout a large chunk of the following year.

However, gamers don’t stop buying during the off-season, so would it be wise for publishers to steer away from the overwhelming holiday season, and take advantage of the shallow year outside of the holidays?

One advantage of avoiding the massive rush of holiday releases would be it allows games to “shine” a bit more. The holiday is no stranger to big name releases month in and month out, so it’s hard for some of the less popular franchises to stand out properly. Standing out amongst the shadows is terribly difficult to do, especially when the title casting those shadows are AAA giants like Call of Duty, Assassin’s Creed and whichever other dominant publisher chooses to enter the holiday race; be it Rockstar, Insomniac or Bethesda.

And it’s not just this year that we’ve been over indulged in new games. Every year slams the industry with huge titles ripe with promise in hopes of dethroning any of it’s closest competitors. However, this year – just as an example – did in fact produce a few pretty enticing games that may have been overshadowed due to other anticipated releases. And maybe if those publishers would have waited until after the New Year, games like Shadow of the Tomb Raider, Hitman 2, Darksiders 3 or Just Cause 4 would have been able to flourish a bit better.

Now, I’m not saying those four examples are top 10 quality games, mind you, but they do indeed deserve a bit more attention at launch than they’ve been receiving. Every year has titles like these ones, and every year the majority of the gaming audience flocks towards the big hitters. Why? Because they’re popular. And popular for a reason.

Those big hitting, grand slam titles have devoted fan bases, continue to deliver unique experiences only found in those franchises – so why does taking them on during the year’s most crowded season fall into place? Sure, dropping a new name into the ring while parents are scribbling down their child’s gift list seems like a positive method to selling more copies, but more often than not, the gamers want those big names first and foremost.

Taking the high road and holding off until the off-season if you’re one of these franchises at risk when up against the big holiday names might be beneficial, not only to the team behind the game – but to the gamers as well. Too often after the holiday season does a large majority of the community feel overwhelmed with all of the new releases harshly slammed into our lap. It can become a need to finish all of these titles that can greatly hinder the experience we initially set forward to achieve by gaming in the first place.

Games like this year’s God of War or Detroit Become Human, 2017’s Horizon Zero Dawn, Persona 5 or Breath of the Wild put together monumental sales, none of which released anywhere close to the holidays. If the game is good, it will sell. But unnecessarily putting a quality title up against the unfavorable odds the busy holiday release schedule might do more damage than good.

Releasing games earlier in the year could also add a bit of strategy to help push for more sales number later down the line, as well. Games sold at full price can see their initial rush of sales early in its release cycle, while six months later during the holidays, a cleverly placed price drop or holiday sale could net companies even more products moved effectively winning out over the bigger, full-priced names.

Throughout the year outside of the holiday season there’s always an absent of quality releases that could use a bit of filling. In drought-like conditions gamers are either itching for something new to play, or too busy ticking off games from their busy holiday release schedule from the year before. Take a few of those titles purchases during the holidays and spread them out, more consumers might be willing to try their hand at a game that would otherwise be ignored due to its AAA surroundings during the holidays.

One thing that can be made certain in today’s era of gaming: we never seem to be short on quality releases. Each year we see bigger and badder names enter the tides of gaming, and more often than not, they deliver. But, why not give the teams behind them more success by allowing a wider window of opportunity during the “off-season” that spreads out the year outside of the holidays?