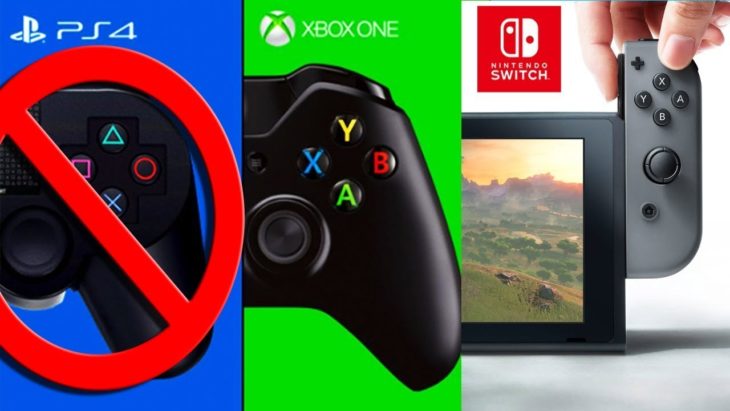 Or, Is This A Justified Controversy?

While cross-play continues to build between Microsoft and Nintendo, many think Sony falling out of the loop is nothing but bad for business and the industry as a whole. But is cross-play really that important to the majority of Playstation users; or is this simply an unjustified execution towards the massively successfully gaming giant?

The “cross-play controversy” that’s been aiming to bring the Sony brand down a couple of notches due to lack of Fortnite account linking capabilities, and cross-play itself, has, once again, been reignited. With the recent announcement of Xbox and Switch owners now actively linking up and enjoying the very short list of cross-play compatible games, most notably Minecraft, Rocket League and Fortnite, Sony is directly in the cross-hairs of feeling the cross-play pressure.

Many have shown their disapproval with Sony’s active response to steer clear of cross-play capabilities with Nintendo and Microsoft platforms, including the gaming corporations themselves. And while cross-play is not only a viable option for friends with differing console tastes to play together, but also a healthy dose of gaming unity – is it really as big of a game changer as some may think? After all, we’ve gone this long without merging all platforms together, so why are these 3 major multiplayer titles (and the few other smaller ones) making such a controversial splash in the community?

With 80 million users apart of the Playstation Network community, how many of those actually care about using cross-play features, or linking up their Fortnite account to another console? The latter feature really only pertains to a very specific number of players who a) own both a PS4 and Switch/Xbox, b) actively swap between playing an online game they started with on the PS4 only to change over to Nintendo or Microsoft, and c) have played enough Fortnite to build an impressive enough account to worry about having to start over on other platforms. While these players do in fact exist – is the “no cross-play on PS4” tantrum enough to get them to stop actually playing the Battle Royale giant?

And with Microsoft and Nintendo seemingly pairing up to taunt the Sony Playstation brand openly in subtle trailer releases, there’s even a petition in trying to persuade Sony to allow cross-platform play. However, the petition that started over 3 months ago on change.org has accumulated only around 32k signatures – out of the previously stated number of 80 million active users on the PS4 online community. And we can only assume that number is a combination of Sony, PC, Xbox, mobile and now Switch owners, to boot.

With Fortnite active player numbers recently sky rocketing to an impressive total of over 125 million users, Rocket League peaking at 40 million players back in January 2018, and Minecraft rounding off at 74 million players per month as of January 2018 – these 3 cross-play titles are reeling in an astounding amount of the online gaming community. What’s more, is out of those three mega-popular titles, the PS4 has the larger online community in both Fortnite (combined with PC which is cross play compatible) and Rocket League –  as of last year. So again, with the PS4 flourishing in numbers – is no cross-play on the Sony console really that big of a game changer?

Will Sony Come Around In Due Time?

While I, myself, completely agree that cross-play should become a necessity in the future of the industry, is Sony staying out of the cross-play universe a substantial loss to the Sony brand; even though there’s only a handful or so of compatible games available with the feature? We say, give it time – we’re sure Sony will pony up to the idea, but perhaps only when there’s enough game to go around the increasingly diverse online community of the gaming world. Whether that’s anytime soon, or a couple of generations from now still remains to be seen.