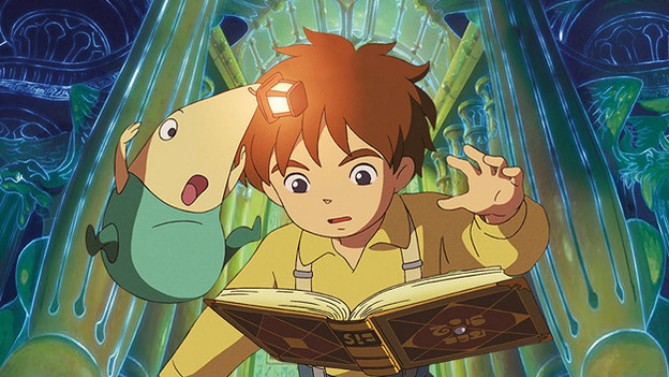 Storytelling in video games has become something so prominent that genres from all over the gaming realm have started to pick up on the narrative direction. From QTE (quick time events) based mechanic titles, such as Quantic Dreams and Supermassive developer forefronts, to highly engaging action games with gripping dialogue and cutscenes – deep and riveting plot lines are here to stay.

But what genre of gaming tells the best story, carefully placing players deep into a grand adventure filled with twisting narratives and eclectic characters? Role-playing games, or RPG, time and time again produce memorable tales of redemption, love, reflection, triumph, along with any other gripping emotion that rests comfortably throughout our fleeting imagination. While other genres certainly deliver insatiable stories, it’s the RPG that accomplishes it much more frequently. But why?

Playing time is a solid foundation to start on when answering this query. Role-playing games often require dozens of hours of play time often totaling upwards near 100+ hours for a single play through. Throughout that amount of time on a constantly weaving tapestry of a story, players begin to grow attached to the characters much like they would a television show or movie actor. But these games aren’t so feeble as the quick conclusions found in movies or your favorite season in a TV series; they are the series.

Spanning through hours of dialogue, cut scenes and various gameplay elements these enduring marathons offer some of the most emotionally driven moments in gaming. The stories stretch through delightfully memorable characters, pleasantly mindful moments and tales which wrap the player in an effervescent wave of personality. There’s so much to remember throughout your time with a good – I mean, good – RPG that, in the end, it may leave you feeling wonderfully therapeutic when thinking about each significant moment throughout the game.

But, why do these types of games grab on so tightly? Is it just the sheer length that makes these interactive experiences so vividly memorable? While spending time with characters over the course of 100 plus hours may indeed set an emotional bond between player and game, it’s not enough to keep millions of gamers engaged when spending their free time itching to play something. There are plenty of gameplay mechanics that shine in the role-playing genre, however, and off of these mechanics branch more opportunities for each title to grow before the player’s eyes.

Character progression adds a sense of depth that can’t be found in, not only other games, but other forms of entertainment, as a whole. Acquiring a serious amount of time dedicated to a cast of characters is one thing, but manipulating your character(s) traits slowly transforming them into a different blend of what they once were is something that begs for reflection on where you initially came. The personal story between the player and the slow conversion to something ultimately better is enough of a side quest all in its own, while irrefutably begging you do try it all over again in hopes of witnessing an alternate outcome.

The sensational stories told throughout an RPG always narrow in on the prolific leading narrative and often the strengthening of single protagonist which the player takes on the role of. On many occasions, however, it’s the side quests that truly set the overpowering tone of the game’s world, locations, lore and characters. Like a blizzard of additional stories to wet your whistle, taking on these optional secondary deeds fill the player with loads more to accomplish in the game, but in doing so allows for more attachment to the already spanning adventure. The game opens up and becomes a book of short stories all ripe with their own sense of fruition and unexplainable satisfaction.

Not only does the RPG genre consistently fill the void of seemingly endless exploration and character development, but sends players through a riveting journey told through countless hours of excitement. It’s all in the name itself – playing the role of a hero, or group of heroes, set out to change the world in some fashion or another. With the many stories unfurled between start and finish, role-playing games offer the player something not much else can: a luminescent look at a fantasy world brought to life by a team of creative minds all with the intent of grasping zealously for your attention.

So, while the gaming world does indeed incorporate gripping narratives through many different genres and hybrid species, the role playing game does – and always has – so with a variety of complex stories all tied together from the inside. The characters grow and learn, new friends, allies and rivals are made, and a world is brought to life by the stories that are told through every minute spent in the game. The RPG is clearly not the only viable method of engulfing players with a strong piece of literary ingenuity, but perhaps it sits as the most rewarding.