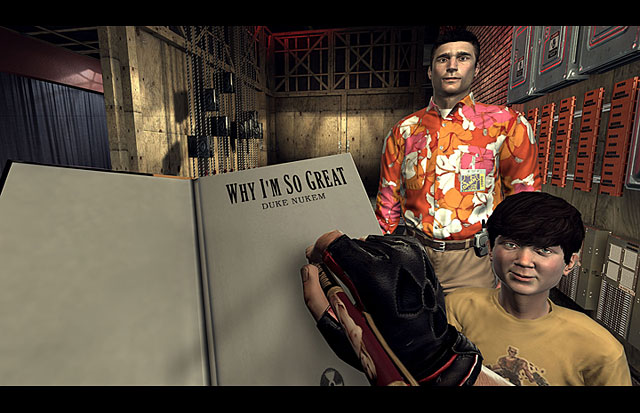 When his last game dropped, it seemed like curtains for Duke Nukem, the popular star of the eponymous titles that dropped on PCs in the 1990s to great acclaim and popularity.

But then the interminable delays of Duke Nukem Forever emerged. People began to lose faith in the series. Months turned into years and the game was officially the most famous vaporware ever created.

The problem was that the game was hardly vaporware. In fact, the game had undergone so many different iterations even longtime programmers on the project lost count.

If you haven’t heard the story of Duke Nukem Forever’s development cycle, it is one of the most famous in gaming history. Combine scope creep with a need to achieve parity with increasingly newer first-person shooters and you get Duke Nukem Forever. The game was finally released, but it was almost too late. Some would say better late than never. Yet the game never quite took off the way it probably would have if it had released on schedule.

The game’s failure to launch and the changing tastes of the late 1990s into the 2000s made Duke an anachronism by the time he dropped. His humor, once edgy and somewhat groundbreaking for a videogame, was now stale and almost cringeworthy. Things had changed, gamers had changed, and it seemed like that was it.

But now Hollywood has intervened and, in the long history of “what the hell?” decisions, it would appear that Duke Nukem is being considered for adaptation.

Further, rumors suggest a wildly popular movie star and athlete could take the role of the Duke himself.

John Cena, the WWE wrestler and movie star, is apparently in talks to star as Duke Nukem in a potential Hollywood adaptation of the iconic, foul-mouthed videogame character who last enjoyed major popularity in the late 1990s.

The games were beloved for their crass humor. But they were also just as well known for their solid, innovative gameplay.

Duke Nukem games had awesome levels, great weapons, and a pretty good story that never took itself too seriously (until it did – see also Duke Nukem forever, alas).

Michael Bays’ production company Platinum Dunes is set to produce the film with Paramount distributing it. The rights to a cinematic adaption of Duke Nukem were previously held by Dimension Films, the same company that released the Mila Jovovich Resident Evil films.

Staying true to the game’s spirit

As Heroic Hollywood notes, the role would be an interesting change of pace for John Cena – a mostly family friendly actor.

Duke Nukem’s crude behavior may just damage this wholesome reputation. And with Michael Bays’ company at the helm, there’s little reason to believe they will tone the Duke down. That said, John Cena does make a convincing Duke Nukem.

It will be interesting to see what kind of plot the put him in as well. While traditionally Duke Nukem battles aliens, he really is a vehicle for almost any kind of plot. Inspired by 1980s and early 1990s action heroes, Duke Nukem could easily take on some kind of international incident, crime lords, aliens, pimps – really whatever the writers want to do. Or they could throw all those things at him. That’s the great thing about Duke Nukem – it never took itself too seriously when it was in its golden era. Let’s hope the film’s writers remember that.