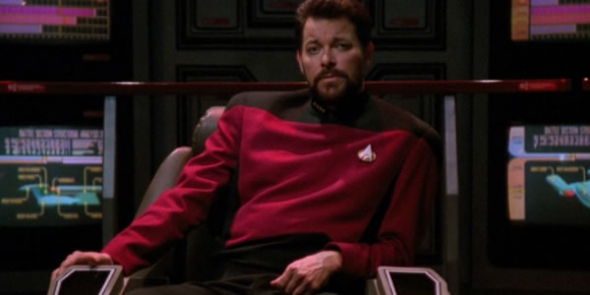 Jonathan Frakes is returning to the Star Trek universe but he won’t be reprising his role as Commander William Riker this time. He’ll be acting as a director for Star Trek: Discovery. While he won’t be directing the entire season, he will be directing one episode.

Entertainment Weekly was able to get an exclusive about this from some of the crew. Writer-Producer Gretchen J. Berg states that “He’s a fantastic guy and a great director”. This should come as a surprise to Star Trek fans as Frakes has directed other episodes in the past. He’s actually directed eight Next Generation episodes including the classic “Cause and Effect” episode. In addition to this, he worked on spin-off series including Deep Space Nine and Voyager. He also worked on the Star Trek: First Contact and Star Trek: Insurrection movies.

Frakes is clearly experienced with working behind the camera then for Star Trek productions. In addition to this, he’s also worked on several non-Star Trek productions. The most notable ones being Leverage, Burn Notice and NCIS: Los Angeles. He also previously worked with Berg when he directed five episodes on Roswell which is also from CBS.

Star Trek: Discovery will be a CBS All Access series which takes place 10 years before the original series. It follows first officer Michael Burnham who previously was on the USS Shengzhou. However, a sequence of events pushes Michael into the role of first officer for the USS Discovery instead. We still don;t know exactly how this will happen but it should be explained in the first episode of the new series.