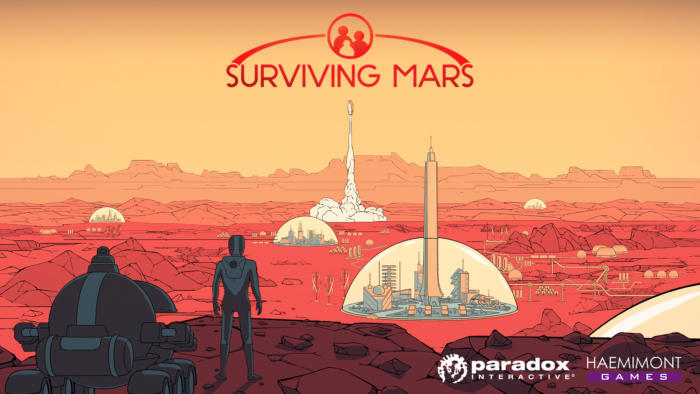 The developer and publisher have recently announced the game, but they haven’t provided a release date just yet. According to Steam, the game will be released some time in 2018, and the Paradox website isn’t currently taking pre-orders for the upcoming game.

The aim of the game is to build a space colony on Mars. While how this works hasn’t been explained yet, the description for the game does provide some insight. Players will need: supplies, oxygen, decades of training, experience with sandstorms, and a can-do attitude to discover the purpose of those weird black cubes that appeared out of nowhere.

Players need to build a sustainable colony with good planning. In this game, bad planning doesn’t just result in traffic jams or awkwardly placed buildings. A blackout in a place without oxygen can be deadly so players must take care to manage all aspects of their base.

Gamers will be able to create colonies that are based around certain principles. According to the description, buildings in this game have their own “neighborhood personality” for players to work with and grow.

It’s been confirmed that each colonist in the game is unique. They gain strengths and weaknesses as the game progresses which can affect their working capabilities and relationships with other workers.

According to the description, alcoholism is a potential problem that players will need to deal with. This could make things potentially more tricky especially if the chief scientist develops it.

As expected from a game like this, there will be a research tree for players to explore and level into. Players will need to perform experimentation to progress through the research tree. According to the description, this system allows for a “different experience for each journey through the game”.

It will also be possible to make scientific breakthroughs by exploring the surface of the red planet.

In addition to base construction, players will also be able to explore the surface of the planet. Details on what there is to find is very limited right now but as previously mentioned, there are scientific benefits to exploring the surface. However, there will also be one special encounter each playthrough. Uncovering the mystery behind these special encounters can bring benefits or “terrible ruin” to the colony. Players will not be able to know which it will be until it’s too late to change the affects.

The developers have confirmed that the game will feature mod support. Players will be able to craft and share buildings, parks and mysteries. However, the developer hasn’t revealed any details on what this mod development kit will look like.

The Paradox Interactive website confirms that the game will be single player only. In addition to this, the PC version of the game does not support the use of a controller. This is surprising considering the fact the game will be releasing for PC and consoles.

We will give you more updates on the game as they become available.