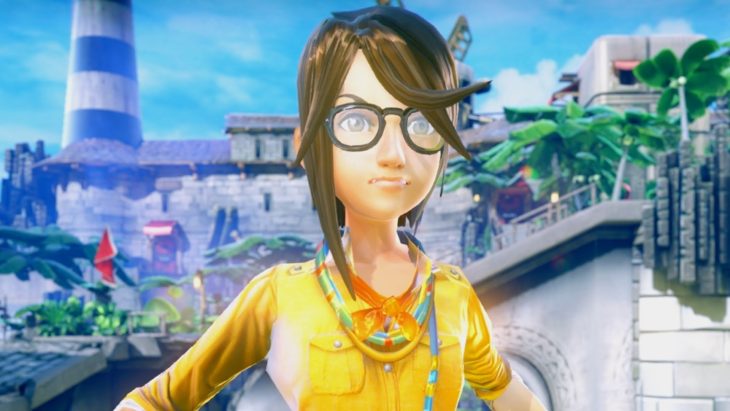 Playing as the care-free protagonist, Lili, you’ll explore a mysterious island of Geos filled with strange, eccentric and off-putting denizens with plenty of crafty dialogue and witty remarks. Hilarious and “breezy” gameplay provides a sense of release and relaxation as you explore the astonishing realm of Geos, solving puzzles, carrying conversation with the locals or dealing with baddies who may step in your way along Lili’s adventure.

Updated from the original Steam/IPhone versions, the new Playstation 4 entry includes a new and improved user interface, increased dialogue and now the ability to keep track of all of your collectibles and characters in the magical world, by using the Journal feature. Also included for free during the first two weeks after launch is the slick Playstation 4 dynamic theme, which will become available in the near future for later purchases.

The Director of Development and Studio GM at Panic Button, Adam Creighton had a few meaningful words to describe the game and the re-working for its entrance on the PS4:

“This game is a fun diversion. Gameplay is easy-going, it has clever dialog from the BitMonster folks, and we worked with Panic Button’s current and recent partners to add some nice nods to recent projects our studio has been a part of over the years.”

Clocking in more development time with the familiar PS4 console, this release marks Panic Button’s most recent game to be released as a part of their new digital distribution services. Additionally, video game distributor Limited Run Games will release a limited 5,000 physical copies of the game with 2,000 of those being Collector’s Editions, which includes a book of original artwork and a fancy outer box. Look for the physical copies to release on July 14th and catch the digital download available now on Steam, Playstation Store and the App Store.