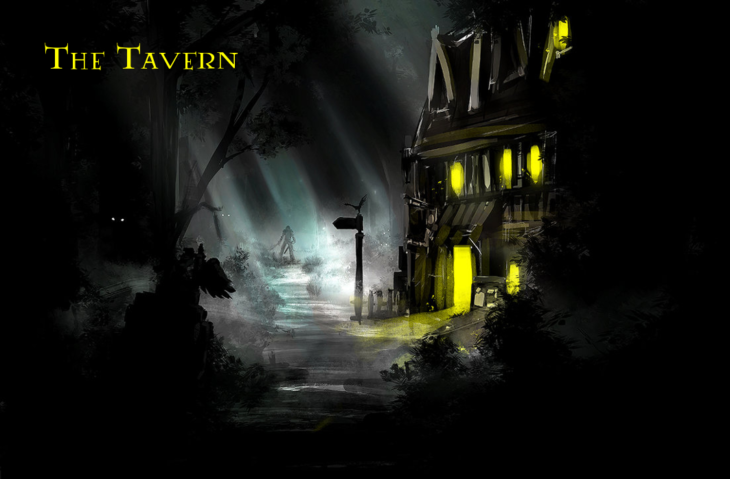 Indie games have followed the path of retro RPGs for longer than one tends to imagine. New and creative ways are always welcomed into the world of gaming, but not always visible among the vast list of popular titles releasing. The folks at Moral Anxiety Studios have put together a title relating to many various titles, but the final cut of The Tavern plays unlike most others in its genre today.

In the mysterious world of The Tavern, you’ll play as an average mercenary, Nalia. Down on her luck, and her fortune, Nalia traverses to a mysterious tavern, in desperate search of work to provide for her family. With a RPG like explorative feel, you’re free to wander about and chat with anyone willing to listen.

The gameplay is where The Tavern sets itself apart from other static camera style RPGs, focusing on the dialogue and how the player chooses to respond in various situations. Giving players the ultimate feel of decisive actions, make the wrong choice and the story may change drastically, or worse, end.

Through heavy text and a broad range of characters to interact with, you’ll find yourself in the midst of a thrilling visual novel. Every choice expands Nalia’s personality, revealing more depth in NPC characters, making tougher, more permanent decisions throughout the game. If someone dies during the story, the plot is affected, in turn shifting the story which provides countless endings and playthroughs across the game.

Unlike many other fantasy titles, The Tavern provides a setting full of dark and grim appearances, highlighting the importance of proper decisions and dialogue choices. Placing your hands in control of a common mercenary with no special powers or abilities, just the nerve and guts of a caring and curious mother further sets the visual novel/selective dialogue title apart from others. Though short and to the point, the changing playthroughs based on decisions is sure to keep gamers from playing only one aspect of the story.

Find The Tavern available starting today, August 4th, on Steam for a price of $4.99.