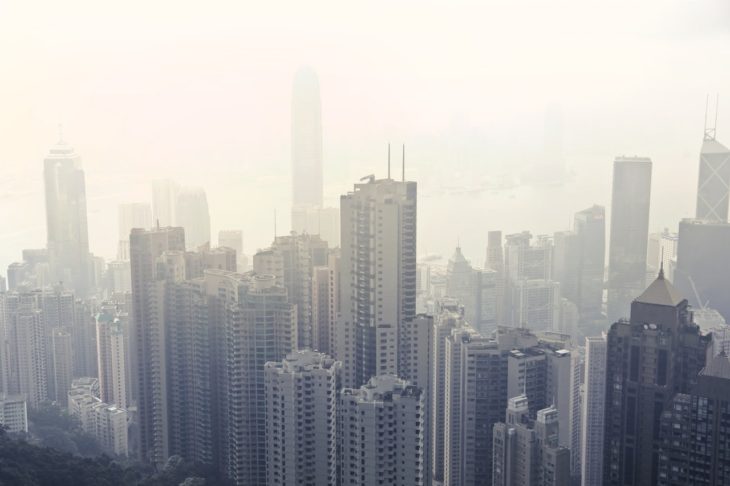 Yoshihisa Kurosawa was an inexperienced, penniless programmer who set out to make easily the world’s worst game in the form of Hong Kong 1997, a game that lampoons the pending return of Hong Kong from the British back to the mainland Chinese.

Yoshihisa is amazed that his game has made such an impact, in a negative way. He is now begging gamers to give it a rest now, some 23 years later.

The plot of the game is simple: British Governor Chris Patten tasks the player with the soaring crime rate in Hong Kong, Crime is out of control because of mass mainland immigration, or what the game lovingly refers to as “ugly reds.” You only need to kill one billion of them, so don’t worry.

The game was released for the Super Famicom back in 1995 and features crude graphics and the most awful, insanity-inducing repeat clip of music you have ever heard in your life. The game has no redeeming qualities and is not engaging in any way. But this has endeared it to legions of fans and has birthed a cult classic.

Speaking with the South China Post, Yoshihisa said: “My goal was to make the worst game possible…When I was young, I harboured a dream of working in the games industry, [but] I disliked Nintendo games. The settings and the characters all felt stale. In those days, all games were manufactured by [Japanese game giants] Nintendo and Sega, so it was impossible to put out your own indie game. You were subject to rules and ethical standards, and you had to pay steep royalties just to make a game.”

Living in Hong Kong and broke, Yoshihisa eventually found a device that could copy Super Famicom games on to a disk. Not only that, but it could be used to put homebrew games into a cartridge format.

A desire to challenge industry stalwarts and conservatism

“I was sick and tired of consumer game systems and the way Nintendo were at the top of the pyramid. I was also really influenced by the extreme games coming out of Europe…I had an idea to create a cheap, vulgar game that would make fun of the industry. The emergence of game copiers finally gave me that opportunity. With one of them, you could make games and distribute them without needing Nintendo’s permission.”

He decided to set his game in the Hong Kong of 1995, a place he calls dirty and rough around the edges but “more advanced than Japan in many ways.” After getting in contact with a friend that worked for Japanese software giant Squaresoft (now Square Enix), Kurosawa had put his plans into motion to release his game.

Because he lacked the programming experience himself to pull it off, his friend had two days to help him execute. Without the Internet, the team scrambled to find basic things like an image of Deng Xiao Ping and audio for the game’s now iconically annoying singular music track.

After the story introduces you to the bizarre premise underpinning this game, the player is thrown into an arena within which they need to take out as many “ugly reds” as possible while avoiding a floating gigantic head of then-Chinese leader Deng Xiao Ping. And that’s it. That’s the game.

Opening up the game for sale through mail order, Kurosawa noted that people who tended to use the equipment he used were thieves to begin.

What interest would a thief have in wiring money to Tokyo in exchange for this game? But he did sell a few copies then forgot about it entirely.

Going viral on the Internet

That was until the Internet rediscovered it.

“Over a decade later, I learned [Hong Kong 97] had been attracting attention – in the worst way…I thought it was just a fad, but the interest seems to be growing every year. Every day I get questions on Facebook from all around the world, from people I’ve never heard of, asking things like, ‘Who does the corpse [at the end of the game] belong to?’ People have started to read too much into the game, and they have made up their own new mysteries surrounding it. The entire setting and context was just stuff I made up as I went along. The questions are endless, so I just ignore them all.”

Kurosawa’s videogame development career was brief – he now works making documentary movies. As for the viral fame surrounding his creation, he doesn’t really like it…if you can’t tell already.

“The goal was simply to create a vulgar game and I thought it would be more fun for the gameplay to be a failure…But honestly, I just wish people would forget about the game once and for all.”