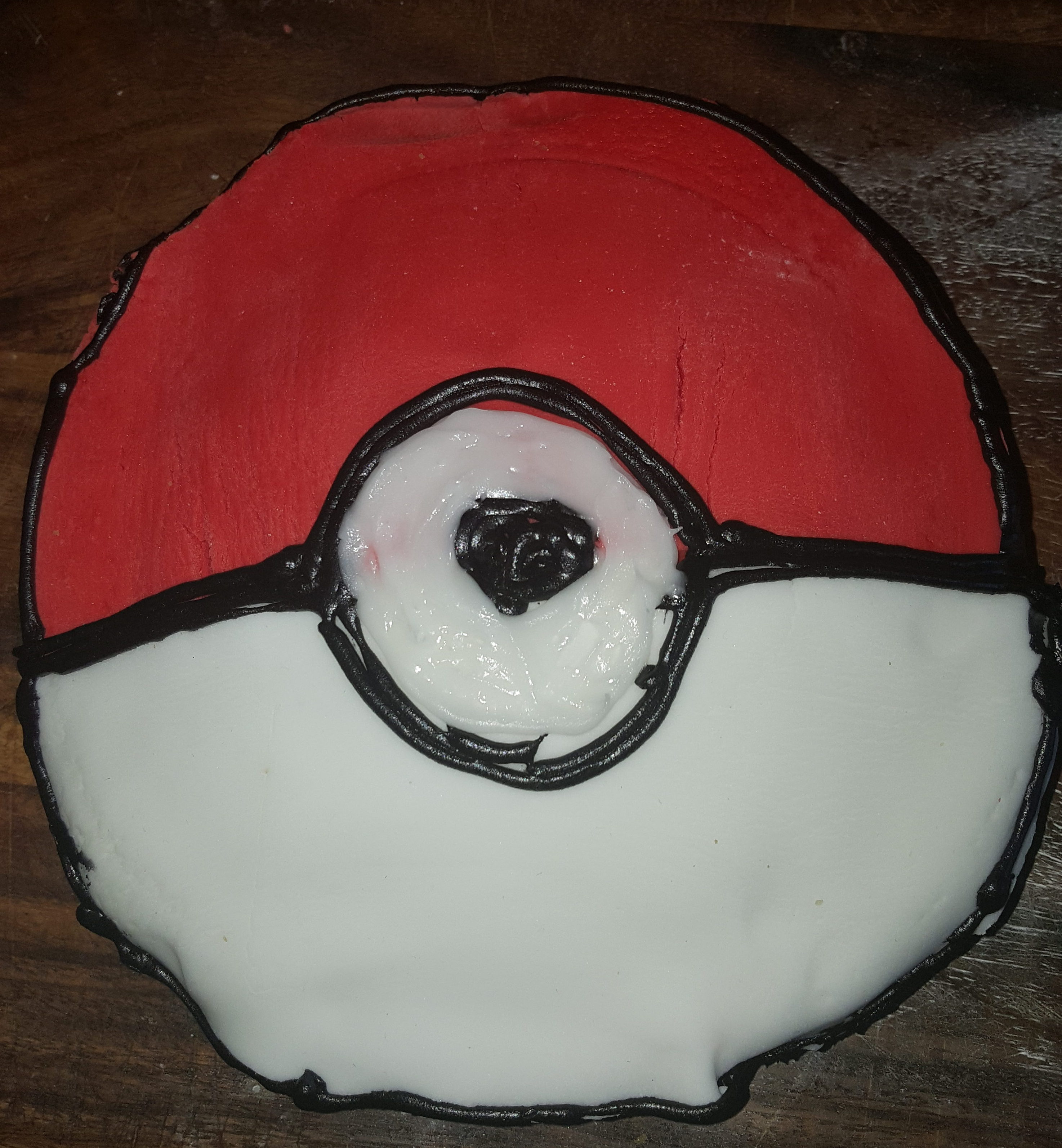 Making a Pokeball cake is incredibly simple. Anyone with or without experience is fully capable of making one if they follow this simple guide.

You need to measure the ingredients then place them into a bowl and mix. We used a fork to mix the batter until it was a nice smooth paste. After this we greased the sandwich tines with butter then poured the mixture evenly between the tins. They then go into the oven at gas 5, 190°C, 375°F for around 20-30 minutes. Once the cakes are a golden brown, they’re ready to be taken out of the oven and left to cool.

You’ll also need some icing sugar to dust the chopping board with before you begin to shape the icing.

To start, you’ll need to do the white icing. Using a rolling pin to flatten the icing to a nice thickness and width. Then place the empty sandwich tin on the icing and cut around it to get the correct size.

Repeat this process with the red icing.

Carefully place the icing onto the cake to create the full circle. You don’t want to leave any gaps between the two semi-circles but it’s okay if it still looks a little messy.

Carefully squeeze the black icing around the outside of the cake. This will make the outer rim of the Pokeball. Then comes the tricky part, you’ll also need to draw the button on the cake. Draw out a single line across the center of the cake leaving space for the circle. Repeat this on the other half of the cake.

Slowly draw out the black semi-circle on both sides of the back then add a second line to the whole thing.

Next, we fill in the circle. Use the white designer icing to draw a few large circles inside the back circle. Use a hot spoon to smooth it out into a nice flat disc.

Get the black designer icing again and draw a small circle in the center then smooth it out slightly with the hot spoon.

It may sound complicated but in practice it’s quite simple. We would have cleaned our cake up a bit more with the icing but we wanted to eat!