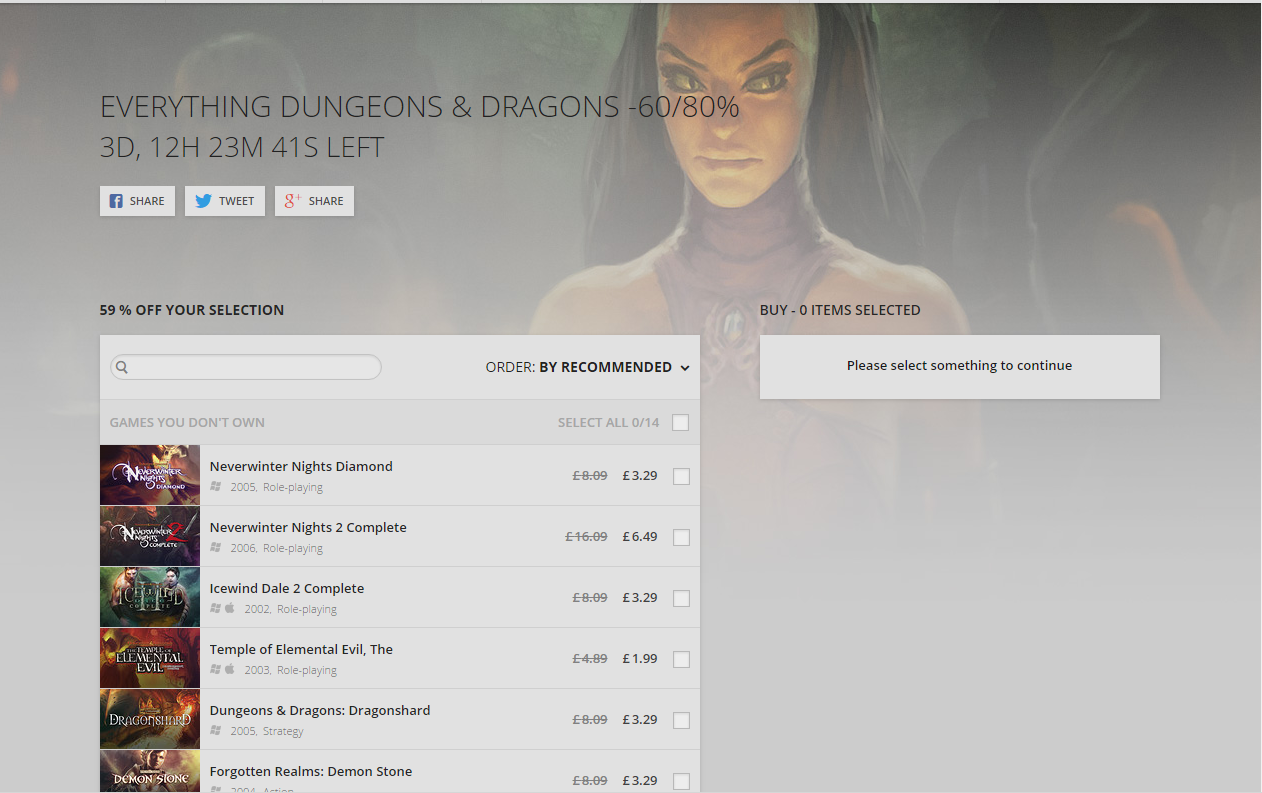 Fans of D&D will be pleased to hear that GOG.com is currently hosting a sale on all Dungeons and Dragons inspired games. This sale is to celebrate the arrival of the classic Planescape: Torment: Enhanced Edition which has just been released on GOG.com. The game costs £14.99 which is the same as the Steam price but American users will be paying slightly less than the current price on Steam. The D&D sale features a nice range of games.

There are two different sales currently going on. The first sale is the “Everything Dungeons and Dragons” while the second sale is focused around Beamdog Enhanced Editions. There’s a great range of games currently on sale which fans of D&D should enjoy sinking a few hundred hours into.

Here are all the game currently on sale:

These are some great deals to take advantage of however, these deals won’t be around for much longer. According to the GOG.com sale page, these deals will be ending in just over three days time so interested gamers have until April 16th to make the most of these sales.

In addition to the D&D sales, Planetscape: Torment : Enhanced Edition has finally arrived on GOG for gamers to purchase. This D&D sale seems to be to celebrate the release.

The website currently has a wide range of other games on sale also such as Tropico games, Capitalism and Kathy Rain.