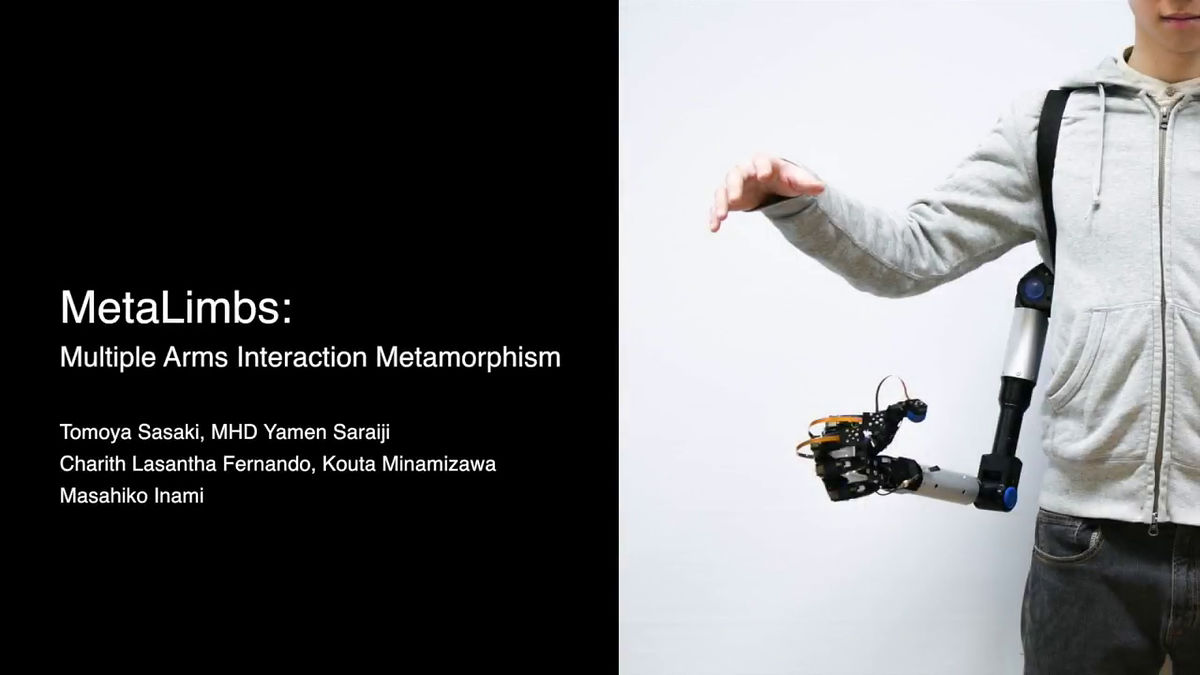 A team at the Inami Hiyama Laboratory have just created a brand new technology called MetaLimbs. This piece of technology gives people a robotic set of arms which are controlled by the users feet. However, this new device won’t be available for quite some time still.

MetaLimbs may look a little bit silly but it has several potential uses. In addition to this, a device such as this would give arms to amputees or those born without them.

The device works in a rather simple manner. The user straps tracking markers to their feet and knees which allows users to control the different joints on the device. It provides full motion control over the wrist and elbow joints of both metal arms. In addition to this, the users toes are also set with bend sensors allowing them to control the robotic fingers with their feet. MetaLimbs also comes with force feedback. When something touches the robotic hand, a trigger will squeeze a band on the wearers foot to let them know.

While the MetaLimbs are best used sitting down, it’s possible to use them while standing up also. The device can be used in any position but it’s recommended that users not need their feet for anything thing else while operating the MetaLimbs.

This new piece of technology was showcased at Siggraph 2017’s Emerging Technologies showcase. Details on the device are very limited right now and the official website doesn’t mention the device just yet. It’s currently unknown if and when this product will become available on the global market.

We will provide you with updates when we learn more about this amazing new technology. Hopefully someone from the company will make an announcement later this year regarding the MetaLimbs. Stay tuned for the latest information on this and details on other new and amazing tech.