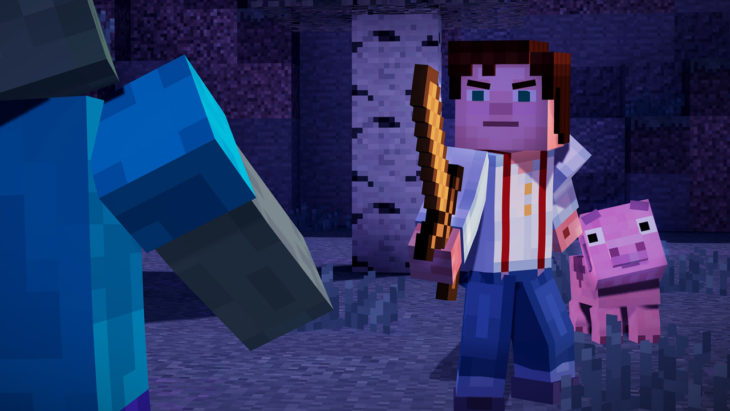 The Switch version of the game is the Complete Adventure package. It includes all five base episodes and the additional bonus episodes which are short stories rounded into a single episode with a story arc connecting them together. There are no major differences between the Switch version and the other ones which is great to see.

As expected, the episodes in the Switch version play exactly like the other versions. The quality of the episodes is a little bit inconsistent in places but it’s no different to the PC or other console versions. As a result, if you’ve been waiting to pick this game up then you’ll probably really enjoy it.

While the portability of the game is amazing, there are a few minor downsides to the Switch version. The lipsyncing is completely off in most of the game. This isn’t a major issue but it can be quite distracting at times. The biggest problem is the fact that moving the cursor can be a little jittery and sharp. As a result, when the game requires you to move the cursor quickly to press a button for a quick-time-event it’s very easy to fail or be stuck for a little bit. This is a big problem during some sections of the game but the player does eventually get used to it.

Minecraft: Story Mode may not be Telltale’s best title, but it’s a nice addition to the Switch. In addition to this, the game has also been ported nicely despite the issues mentioned above. Hopefully Telltale will patch the lip-synching issue soon for those yet to play the game.