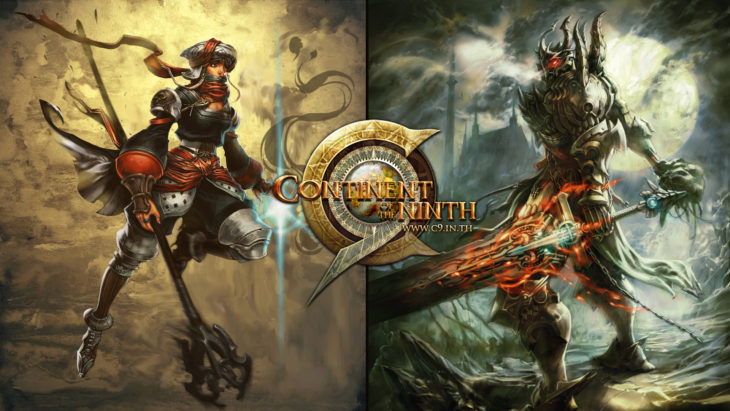 Classic and long-running MMO, Continent of the Ninth Seal, is keeping fans and newcomers hooked with a brand new free update. The strategic RPG released almost 5 years ago but developers behind the MMO title, Webzen, are still pumping out free updates to keep the game fresh and inventive.

A massive dungeon crawler, C9 takes players into a huge journey fighting monsters and evil enemies. Using a variety of range, melee and magic skills, players use combative techniques and strategic decisions to conquer the exciting world of Glenheim.

Coming to the acclaimed MMORPG is new dungeons called Shadow Dungeons. In the new Light and Darkness update, the newly released features include massive rewards and other enhancements to keep the challenges pouring in. Found in the Raebin continent, these brand new Shadow Dungeons hold exclusive items for master crafting and creating Legendary weapons.

Now acquired in the game are new points called Akene Points. Part of the new Akene’s Oracle System, these valuable points may be traded in for unique rewards to drastically turn the tide of battle in thick of the open world. Clearing stages or playing matches in the Arena mode are the capable options of accumulating points. Along with the points, you are also able to trade those points in for Akene Coins, which gives the player the option to purchase a number of various items, including Legendary weapons. These coins may only be spent at the given Akene Coin Shop.

The studio has also announced a partnership with other MMO websites to give out free coupon codes, ranging from extreme training to gear and premium items. These offers will only be available from August 1st through August 31st. Log in to the official Webzen website later for details about their existing media partners and where to find these valued coupon codes.

With the additional features in the new Light and Darkness update, the level cap has also been increased to 75, granting players to become even more powerful. Proper updates, unique weapons and items now available with the new Akene Oracle System and the challenging, mysterious Shadow Dungeons, the Light and Darkness update hits fans where they wanted, as well as entices newcomers to indulge on the MMORPG fun.