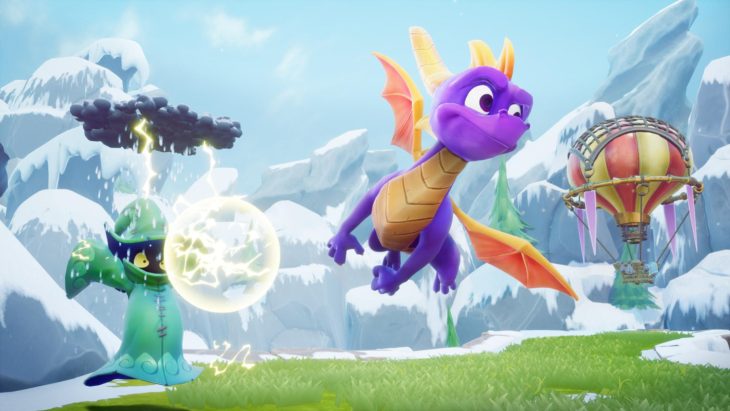 A Look at One of Gaming’s Best Sequels

The Spyro Reignited Trilogy has been on many must-have upcoming releases, even though there has only been footage of the first game of the series. With many wondering how both Ripto’s Rage and Year of the Dragon are fairing, Playstation Underground has finally answered part of that question.

Spyro 2: Ripto’s Rage shows off the beautifully reimagined visuals and AI characters in the forthcoming trilogy release. What’s more, is that now fans can witness the vivid world beneath the land in underwater swimming, a new feature brought forth by the sequel in the series. Fans will as well witness a good look at some of the optional puzzles which can found all over the vibrant world of Spyro 2: Ripto’s Rage.

The video demo takes Spyro through a familiar world to those accustomed to the second adventure, Idol Springs. It’s also stated that there are over 500 different character designs making an appearance in the revamped trilogy dragon adventure, all gorgeously recreated to meet modern gaming expectations.

There’s also some talk about the internal developing tool, Spyroscope, which allowed the Toys for Bob team to recreate the worlds fans know and love from the original series. The combination of exploration, platforming, combat, puzzle solving and NPC interaction is all on display with this brand-new footage, and has us even more excited than before to get our hands on the upcoming remake.

You can check out the video footage below from Playstation Underground which includes commentary from a few of the team members from Toys for Bob.

Spyro Reignited Trilogy is set to release on PS4 and Xbox One on September 21st, 2018.